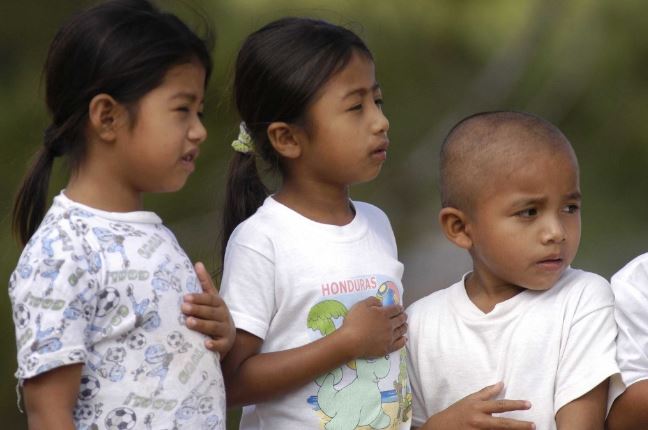 Two new studies show that the Trump administration has brought fear to immigrant communities, changing the way citizens, undocumented, and those with Temporary Protected Status behave. One study, from George Washington University, surveyed immigrants in one city. According to the report:

The overwhelming majority of parents with TPS said they worried about family separation (84 percent), or worried it would be hard for their child to finish school (76 percent). Seventy-eight percent had often warned their children to stay away from authorities; 65 percent had often talked to their children about changing their behavior, “such as where he/she hangs out”; 62 percent said they’d often avoided medical care, police, or other services.

The report found that “Contemporary immigration actions and news have had profound and far-reaching adverse impacts on U.S. Latino parents raising adolescents.” According to the report, “pernicious immigration-related consequences were by no means limited to the undocumented.” Parental worries led to the curtailment of normal adolescent behavior among their United States citizen children:

These behaviors directly threaten youth’s safety and mental and physical health and can be indirectly harmful by way of parents’ psychological distress. Although risks likely are magnified for adolescents whose parents are not U.S. citizens, the vast majority of Latino adolescents in this study were U.S. citizens. Thus, even though Latino youth themselves are not undocumented, they face risks to well-being on account of their parents’ vulnerable residency status.

A survey conducted by UCLA of teachers and administrators at public schools in twelve states found that the most common word school staff used to describe student reactions to the changing immigration situation was “fear.” The second most common was “separation.” Teachers said that their students perceive their families as being stalked and worry constantly that they will come to find that their parents have been arrested and deported.