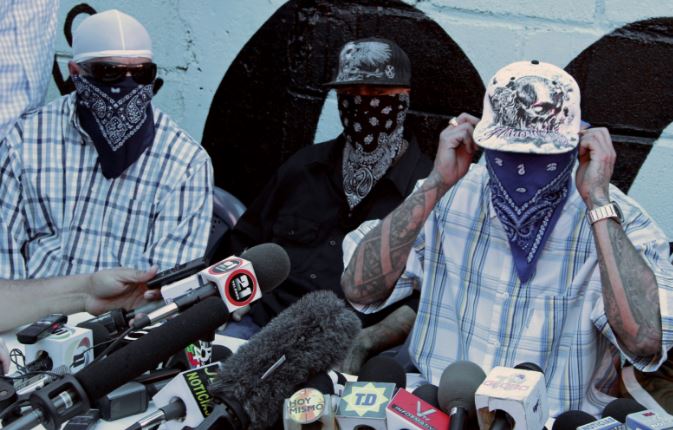 This is the third in a series of articles looking at two Canadian government reports on gang violence in El Salvador. Gang control of parts of three Central American countries is driving tens of thousands of refugee children north to the United States and Canada. The reports were issued by the Immigration and Refugee Board of Canada (IRBC).

To exercise control over large parts of El Salvador and Honduras and urban areas of Guatemala, the gangs of Central America have evolved a complex organizational structure. According to the IRBC reports:

[G]angs in Central America operate as a franchise, meaning, although a gang may share the same name, their structures, founding myths, the way they perceive themselves, and their territorial presence is very different from country to country. In El Salvador and Honduras, for example, gangs are present and exert their influence throughout the territory. In Guatemala, however, the gang phenomenon is mostly urban and they have not been able to establish a strong presence in rural, indigenous areas. In Los Angeles, where there are about 700 Latino gangs, all of them are subordinated to the Mexican Mafia gang, or “La Eme,” and gang phenomenon in that region is stratified by race. Gangs along the eastern coast of the US, particularly Maryland, Washington DC, Virginia, and New York, are growing due to the presence of Salvadoran MS… The MS in this part of the US does not have communication with the one in Los Angeles, but does communicate with the one in El Salvador to carry out extortion of Salvadorans living in these Eastern US states…

Gangs are described by interlocutors as very sophisticated structures68. Gangs’ internal structure is hierarchical.69 El Faro explained that the Mara Salvatrucha’s lowest organizational unit is the clique (clica). Cliques are organized into programas of different sizes, and in El Salvador there are 54 programas.

The diagram below illustrates the gangs’ structures: