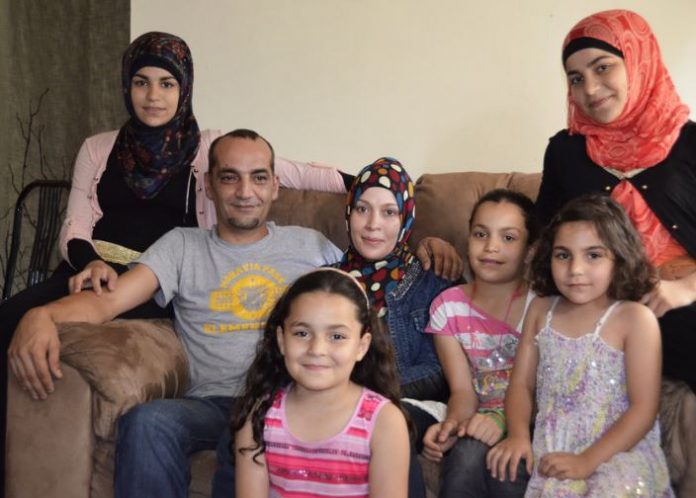 I spoke to three young immigrants today who will lose their authorization to work and their legal status on the day Donald Trump becomes president if he keeps his unholy promise to his supporters. I know two law students who struggled against great odds to finish law school and gain admission to the bar who will soon lose the ability to practice their profession when their legal status is withdrawn by the new president.

A Muslim former student of mine confided that she is afraid for the future. She does not have to worry about being excluded by the proposed Muslim ban, but she says that if one is put in place it will stigmatize all Muslims. Why ban Muslims unless they are dangerous? A teacher I know told me that two of her immigrant high school students were crying this morning because of the danger their soon-to-be-undocumented families face. Another student told the teacher “My life is ruined” now that she will lose her legal status in January.

There was tension in the English-language class at CARECEN this morning. Most of the students are applying for citizenship and they are not worried that they will be deported, but they have family or friends whom they believe will soon be torn from them. An LGBT woman who fled persecution because of her sexual orientation asked me how she can speak to her neighbors knowing that they support the destruction of her family.

There is already a hardship being worked on Long Island’s immigrant communities in this first day of the new reality. It is too easy to say that the hardship is just fear. In this case the fear is based on reality. If the incoming president does what he said he will do, 750,000 immigrants will lose their authorization to work on the day of his inauguration.

There is also a sense of betrayal that many immigrants feel. Muslim immigrants tell me that they wanted to live in this country because they wanted to “get away from the men with long beards” and live in a tolerant society. Instead, their society has flashed the fangs of intolerance. Others say that they followed every rule of success in America, but now they have the slogan “Build The Wall” shouted at them as they walk down the streets of our villages because their skin is brown.

This is a time to feel the suffering of our neighbors, but feelings and good wishes are not enough. We must assert a positive solidarity with these newly marginalized Long Islanders. Individually and through our organizations we need to walk beside them as a support and a witness.

The coming four years will be terrible ones for the immigrant families of Long Island, but they can be remembered later as a period of loving accompaniment by all of us for those whom some view as the damned and despised, the wretched refuse.