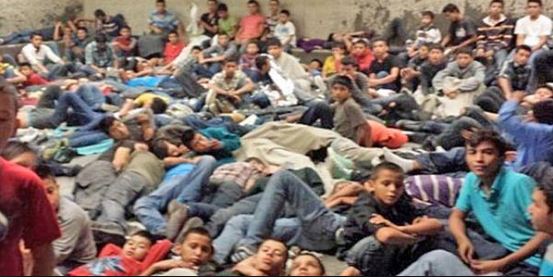 On Sept. 19 and 20, the United States will help lead summits on refugees. President Obama hopes to build international support for the resettlement of refugees. The president needs to lead by example. The United States has, during his administration, adopted policies that have damaged the rights of refugees from Central America.

Children fleeing deadly gang violence in El Salvador, Guatemala, and Honduras fueled by American drug consumption have been imprisoned under inhumane conditions when they arrived here. They and their mothers have often been jailed for months, to the enrichment of the private prison industry.

Central American children have then been placed in immigration court deportation proceedings. No matter how young and vulnerable they are, they have not been provided with attorneys. One Justice Department official said that even four year old boys and girls don’t need attorneys because the Immigration Judge will “teach” them all the immigration law they need to know.

If the United States is to lead, President Obama must abandon these policies, which fail in honoring our country’s duties towards refugees.

Refugees don’t belong in prisons. All child refugees should be represented by lawyers when they appear in court. These are obvious and necessary changes President Obama must make.

The president should also create a system for every child refugee to be processed for refugee status before they leave their countries. This will reduce the risks to their lives that are inherent in the current ways the children come to the United States.

Fianlly, President Obama should grant Salvadoran, Honduran, and Guatemalan refugees Temporary Protected Status so that deportations of the children halt while new systems are put in place.

The U.S. helped created the modern refugee protection regime. It can only lead the world forward in protecting refugees if it lives up to the standards it sets for other countries.