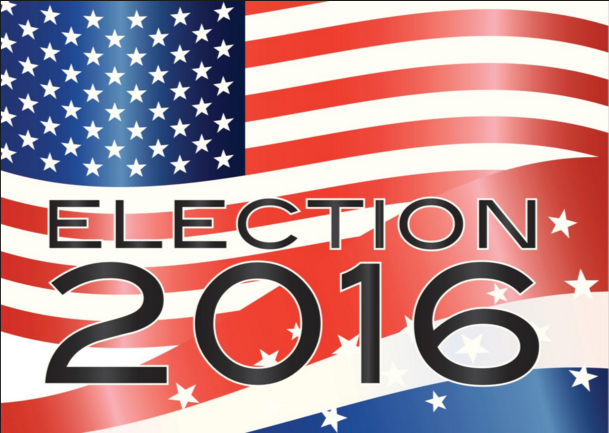 Today’s editorial in the New York Times calls for a large turnout of Latino voters in the November elections. With issues of immigration and race front-and-center in politics this election, the Times says “If ever there was a year for Latinos in the United States to exercise their right to vote, 2016 is it.” 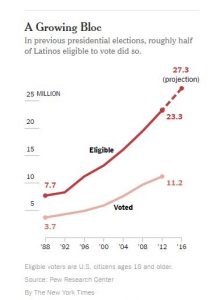 Over the last 56 years, both parties had vied for the Latino vote, according to the Times:

Presidential campaigns have been courting Latino voters since John F. Kennedy made a strong effort to woo Mexican-Americans during his 1960 White House run, which he narrowly won. Since then, Latinos, an electorate that is rapidly diversifying as it grows, have continued to lean Democratic in presidential elections, but have turned out in low numbers.

George W. Bush made notable gains in 2004, getting roughly 40 percent of the Latino vote. After he left office, the Republican Party’s position on immigration hardened considerably. In a shortsighted move, party leaders have since sought to suppress minority voting power through a combination of redistricting and tactics like voter ID laws. Mitt Romney’s loss in 2012, when he received only 27 percent of the Latino vote, caused Republican strategists to talk seriously about remaking the party’s relationship with Latinos.

Immigration reform will only move forward in response to a large Latino turnout, say the Times editors:

While immigration reform will no doubt entail a tough political fight, Latinos could make the prospect of an overhaul more likely by going to the polls in November. Low turnout among these voters…could mean mass deportations and more attacks on immigrants.

America’s 56 million Latinos — one third of whom are under 18 — are helping to shape America’s future in classrooms, workplaces and neighborhoods. It is only a matter of time before their mark on the nation’s politics matches their contributions in other spheres.

That moment should start now.