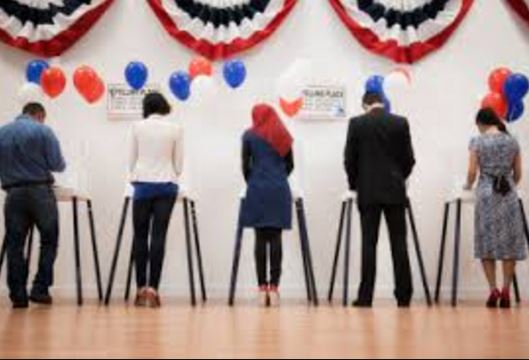 LatinoJustice has a new app to help voters who want to report voting rights violations. Here is the info from LatinoJustice:

The app will allow voters to immediately report voting rights violations they might
encounter on Election Day. The voter will open the app and fill out a report that will be
immediately sent to LatinoJustice for legal voting rights review.

LatinoJustice PRLDEF’s Cada Voto Cuenta Voter Protection Program has teamed up
with the NALEO Educational Fund to provide direct access to the 1-888-Ve-Y-VOTA
Spanish Language Hotline directly from the app.

More than 300 Cada Voto Cuenta nonpartisan voter protection volunteers – lawyers,
law students, activists and others trained by LatinoJustice – will be on the ground on
Election Day to monitor polls in five states: New York, Florida, Georgia, North Carolina
and Pennsylvania. The volunteers will have the app to report violations, but the app is
also available for free for the broader general public in the fourteen states.
“Given the continuing efforts to dilute Latina/o voting protections, we have to be
extremely vigilant in ensuring that all of our community has the chance to participate in
this important election,” said LatinoJustice President and General Counsel, Juan
Cartagena. “Voting barriers must be attacked on many levels and this project marries
on-the-ground volunteers, legal experts and technology to make sure those barriers are
taken down.”

Cada Voto Cuenta is LatinoJustice PRLDEF’s national nonpartisan bilingual voter
protection program with bilingual technology, materials, training modules, volunteers and a coordinated effort linked to the National Election Protection Coalition led by the Lawyers’ Committee for Civil Rights Under Law, a partner with LatinoJustice in our voter protection efforts. Each of the volunteers have been through voter protection training, focused on state and federal voting rights laws and typical voting violations
LatinoJustice has fought against for over 40 years.

The Cada Voto Cuenta Voter Protection Project will be in as many voting precincts as
possible, but will be specifically targeting polling locations in five key states where new
Spanish-speaking Latina/o voters will be exercising the franchise for the first time in a
major presidential general election.

“This is the first presidential election since Shelby County v. Holder removed key parts
of the Voting Rights Act that previously prevented discrimination from occurring in the
first place, in many states. Now, without those key protections, the risk of intimidation at the polls is too high,” said LatinoJustice Associate Counsel Joanna Cuevas Ingram. “All
Americans should be engaged in working to protect the right to vote against unlawful
and unconstitutional discrimination and intimidation, with a tool that is simple and easy
to use, and that can help identify, track and stop these harms before they actually
disenfranchise voters. We need to ensure that every eligible Latina/o voter has the right
and the opportunity to vote, and with this App in a user’s hand, it can help us do just
that..”

The App, which is available in English and Spanish, allows the user to report the
problem to a national team with over 300 trained lawyers and knowledgeable volunteers
as soon as a voting violation is reported, and enables LatinoJustice to determine how to
respond to prevent voter disenfranchisement or to seek a remedy for that harm.
The Cada Voto Cuenta Voter Protection App will capture voting access violations,
language accessibility, the lack of bilingual assistance, missing ballots, concerns
regarding discrimination, intimidation and other barriers to voting.

The state-of-the-art Voter Protection App was developed with the assistance of Baker
Hostetler, one of the nation’s largest law firms and Quadrant 2, Inc., a technology
application developer which has developed similar applications in other social justice
projects.

Visit www.latinojustice.org/cadavotocuenta to learn more about the project and to
download the app.