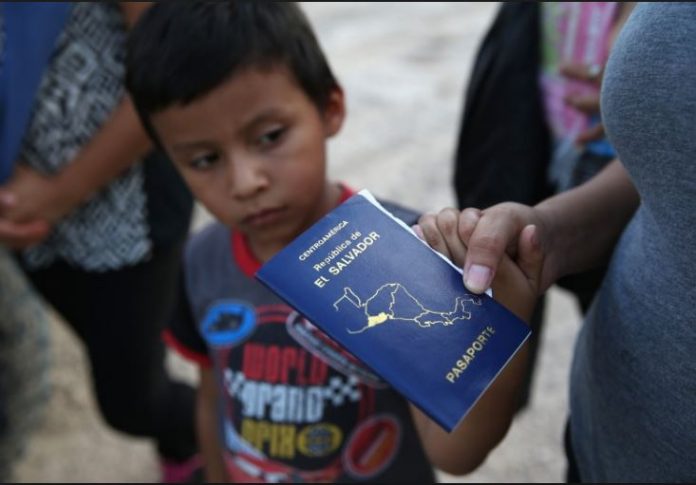 The Los Angeles Times editorial board took a stand this week against continued deportations of Central American child refugees who have never been represented by an attorney. The editorial calls on the Federal government to provide the children with lawyers. Here are excerpts from it:

Talk about a rigged system. If you’re a child — an unaccompanied minor, who arrived at the border from Central America —  seeking permission to live in the U.S., you have a 75% chance of winning your case if you have a lawyer. If you do not have a lawyer, and you’re forced to navigate the byzantine system on your own, you’ve got a 15% chance, according to statistics compiled by Syracuse University’s  Transactional Records Access Clearinghouse.

Sadly, only about a third of kids have lawyers, because the right to a government-supplied attorney doesn’t apply to immigration cases. And last week, the 9th Circuit Court of Appeals tossed out a legal challenge by several unidentified minors who had asked the courts to compel the government to provide them with counsel. The court didn’t rule on the merits of the request, ruling instead that the plaintiffs had to exhaust their appeals through the immigration courts before seeking federal court intervention. But in an unusual concurring opinion, Judge M. Margaret McKeown —  who also wrote the majority opinion — chided the Obama administration and Congress: “The Executive and Congress have the power to address this crisis without judicial intervention. What is missing here? Money and resolve — political solutions that fall outside the purview of the courts.”

McKeown is right. It’s unconscionable that children must stand alone before a court to try to argue that they meet the technical legal conditions for asylum — and that conditions in their home countries would jeopardize their safety if they were forced to return. It’s even more unconscionable that the political leaders who could begin to address this by developing programs with pro bono legal organizations to defend the children’s interests have turned a deaf ear.