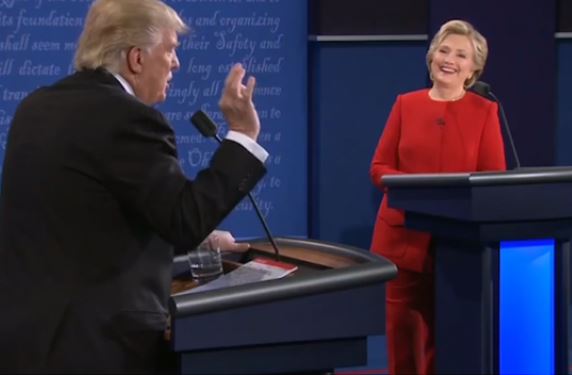 No topic has been discussed more this presidential campaign than immigration. From border walls and Muslim bans to comprehensive immigration reform and executive orders, immigration has been front and center everywhere, except in the debates. Very few mentions of immigration at all.

The final debate on October 19 will be the first time immigration will make it into a major segment of the debate. Moderator Chris Wallace says he will ask about immigration policy.

Wallace has not always been the most impartial on immigration issues. Media Matters says:

When it comes to the immigration debate, Wallace belongs to the camp of those who still use culturally insensitiveslurs like “illegals” to refer to undocumented immigrants. The National Association of Hispanic Journalists (NAHJ) has long condemned that term for its dehumanizing nature, and both the term “illegals” and “illegal immigrant” violate current Associated Press journalistic standards. Wallace has also previously embraced the language of those who oppose immigration reform, asking whether creating a path to citizenship would be “amnesty.”

Tomorrow, Americans will — for the first time this election cycle — get to hear the two major party presidential nominees debate the issue of immigration reform. The lack of debate over immigration does a disservice to our immigrant and Latino communities, and it overlooks the important role immigration reform plays in our nation’s economic future.

Our diversity is our greatest strength and we have all benefited from the contributions of people who chose to immigrate here. This election, however, has seen the rise of racist, scapegoating rhetoric, and xenophobic prescriptions completely at odds with our values.