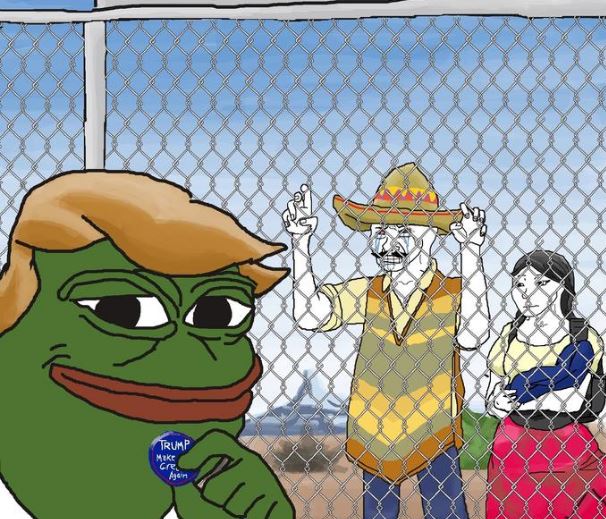 I first became concerned about the folks behind the emerging Alt-Right many years ago when I had dinner with one of the founders of the movement, Peter Brimelow. At the time, the term Alt-Right did not even exist. Brimelow was a writer for the Wall Street Journal when I dined with him. After he became a bestselling author of an anti-immigrant book, he became much more explicit in his racial views.

I had dinner with him because we were both on the same program at the Association of the Bar of the City of New York. I understood him to be someone who was concerned with immigration for economic reasons, but over dinner he told me that his main concern was the preservation of the ascendancy of the white race. Brimelow explained that wherever whites had been in the majority, they had controlled and exploited the non-whites who lived in their countries. He warned that if non-whites ever became a majority in the United States, they would do the same to whites.

Brimelow told me that behind his movement were men with bloody claws and sharp teeth.

As Brimelow’s writing became more and more overtly racist, he was consigned by other conservatives to the fringes and his website became the only place he, and other leaders of the proto-Alt-Right could get published. Two years ago I became aware that Breitbart News was publicizing Brimelow’s work and that of others on the Alt-Right. Honestly, at first I was not sure what the Alt-Right was. I assumed that the name meant younger, hipper conservatives. Looking at their major websites, I saw an obsession with Jews, racial supremacy, and attacks on “cuck-servatives” (non-racist conservatives of the William Cristal variety).

Although I saw manifestations of the Alt-Right at Trump events, they did not seem to be a central presence. I thought they were useful idiots for the billionaire’s campaign. Dangerous, because some of them engaged in violence at the Trump rallies, but not powerful. The elevation of Breitbart’s Steve Bannon in the Trump campaign worried me a lot. While Bannon may not himself be fully integrated into the Alt-Right he had provided them with a “platform” for mainstreaming their views during his time at Breitbart. I don’t know if you read Breitbart’s Establisment Conservative’s Guide to the Alt-Right, but it is far from dismissive of racists like Richard Spencer, who is seen speaking in the video of the recent Washington, D.C. Alt-Right confederence with his followers giving the Seig Heil Nazi salute.

I don’t think that anywhere near a majority of the president-elect’s voters are bought into the Alt-Right. I doubt that many of them even heard of this nefarious network before Election Day. I also assume that, given his personal ties, Donald Trump disagrees with the Alt-Right’s overt Anti-Semitism. Even Bannon seems to be using them as much as they are using him.

I do wonder how people who, for all of their “Alt”iness, seem to believe in the same white supremacist ideals of the Klan that were rejected by Americans for decades can be rising to national prominence now on the back of a Republican president. How can Peter Brimelow be the visionary for a new America?