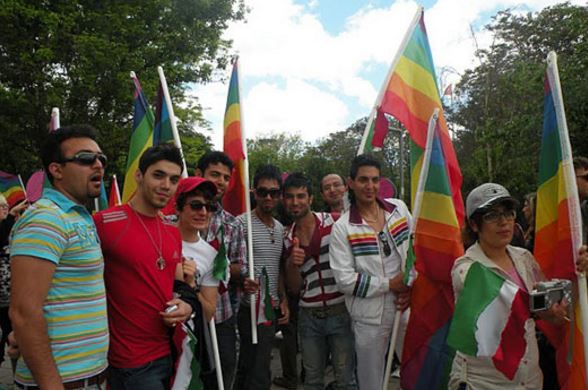 Over the next few days I will look ahead to see what changes will be made in immigration law and procedures in the incoming Trump Administration. I will use the statements of Trump and his top aids, as well as the Republican Platform, as a guide. Because Republicans control both houses of Congress, I think that President-Elect Trump is uniquely positioned to enact his proposals. It is difficult at this time to predict how much control he will have over the Republicans in the House and the Senate, but we can expect that his victory on November 8 will lead to a new restrictionist spirit.

I want to examine each aspect of Trump’s program for changing our immigration system and what he will need to do to effect those changes.

Some of Trump’s proposals like The Wall got a lot of attention during the campaign, but his program for change is much broader and will, if successful, reach into every aspect of immigrants’ lives.

I will begin the series by looking at his plans for political asylum for LGBT and gender-based asylum.

The Republican Platform was heavily influenced by Donald Trump’s top immigration adviser Kris Kobach, the Kansas Secretary of State. He is the legal mind behind anti-immigrant laws in states like Alabama and Arizona.  He may be offered an important immigration policy position in the new administration.

Until the early 1990s, our immigration laws prohibited homosexuals from entering the United States. That law was changed over conservative objections, and over time avenues were opened for LGBT people suffering persecution to apply for asylum as members of targeted social group. Women who were victims of Female Genital Mutilation or systematic domestic abuse were also allowed to apply for asylum as part of a particular social group. Although the number of people granted asylum as members of a social group has never been large and those who have succeeded have only done so after going through great efforts, this has been an important way of protecting those seeking asylum from deadly violence.

The recognition of gay and lesbian asylum seekers who have been persecuted because of their sexual orientation as people worthy of protection is a relatively new concept, and one that most conservatives have never accepted. The Republican platform says in deliberately obscure language that:

From its beginning, our country has been a haven of refuge and asylum. That should continue — but with major changes. Asylum should be limited to cases of political, ethnic or religious persecution.

The basis for asylum that the platform would eliminate is that for persons persecuted because they are members of a social group. This would eliminate protections for those persecuted on account of their gender, sexual orientation, or gender identity.

In theory, the removal of “social group” from asylum law would require an act of Congress, however, there are several steps that a president could take that would effectively curtail applications based on that ground of asylum.

Immigration judges and the members of the Board of Immigration Appeals are not part of an independent judiciary, they are appointed by the Attorney General. Presidential directives could have a deciding influence on how they interpret the definition of a social group making it much harder for gays, lesbians, and abused women to find a refuge in the United States.

The changes could have deadly consequences for thousands of people.