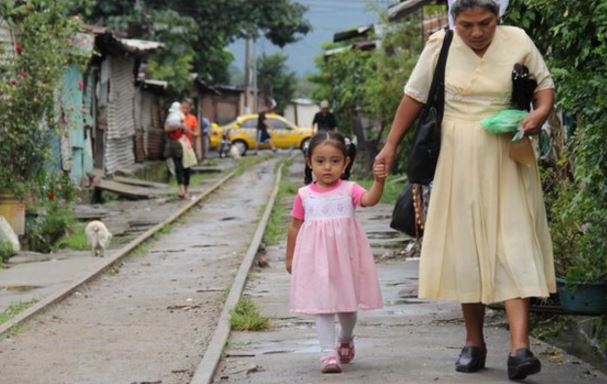 This is the second in a series of articles looking at two Canadian government reports on gang violence in El Salvador. Gang control of parts of three Central American countries is driving tens of thousands of refugee children north to the United States and Canada. The reports were issued by the Immigration and Refugee Board of Canada (IRBC).

El Salvador has a population of over six million people. Of that population, there are between 30,000 and 60,000 gang members in El Salvador according to source cited by the IRBC.  Another 50,000 to 90,000 people may have some connection to gangs. In other words, gang members and affiliates make up only a small proportion of the Salvadoran population, but because of their willingness to use horrific violence, they wield a disproportionate amount of power.

According to the IRBC report:

[G]angs are seen as the de facto authorities in many communities. Sources indicated that gang control has taken deep roots inside their communities to the point of changing the lifestyles of many Salvadorans…For example, people must advise gangs of any visit by someone from outside the neighbourhood to avoid problems, and the gang determines and controls the entry procedure a person must follow when entering the neighbourhood, such as turning off headlights or using high beams, lowering the windows, or honking. In some cases, a rumour about gangs can change the lifestyle of residents. El Faro provided the example of a rumour that gangs indicated that all women who work in downtown San Salvador and who have their hair tinted blond would be killed because only the partners of gang members were permitted to have blond hair. The next day all women who were not gang partners and who had blond hair tinted it with another colour. “Nobody knew if the rumour was true or not, but a rumour is enough notice for people to change their behaviour.” Other press agencies have reported on similar incidents in other parts of the country. The US Department of State’s Country Reports on Human Rights Practices for 2015 for El Salvador indicates that “[i]n many neighborhoods, armed groups and gangs targeted certain persons and interfered with privacy, family, and home life, and created a climate of fear that the authorities were not capable of restoring to normal.”

According to the IRBC, the gangs also restrict the freedom to travel of Salvadorans. They order curfews, transportation stops, and sometimes require that strangers passing through their territory check with them for permission. The also set up checkpoints where travellers are required to present their identification document, the Documento Único de Identidad or DUI.

Because the gangs thrive on the absence of government, they often perform governmental functions in the areas under their control. Neighbors with disputes will often go to gang leaders to resolve them rather than to the courts, which have been non-functioning for years in some areas.