After New York and other states pulled out of the Secure Communities program, U.S. Immigration and Customs Enforcement (ICE) has been trying to put that dirty initiative into a prettier package. More than 200 organizations from the New York area sent a letter to ICE today rejecting the new version of the program, also known as S-Comm.

According to the New York Immigration Coalition:

The controversial Secure Communities program essentially uses local law enforcement officers as a vehicle for ICE to identify individuals for deportation. Though ostensibly aimed at those who pose a threat to public safety, a substantial number of those ultimately deported have no criminal record at all, or were simply detained for a minor offense. The program has contributed to the record number of deportations—400,000—in the last year. Despite ICE’s claim that the program is designed to keep communities safe, the program has instead served as nothing more than a tool for meeting ICE’s deportation goals, sweeping immigrants into deportation proceedings long before guilt or innocence for the offense for which they were picked up has been established, and regardless of whether they have a criminal history, how serious their criminal history is, how long ago their criminal charges occurred, what kind of rehabilitation they have demonstrated, or what ties they have to the community.

In the wake of mounting criticism of Secure Communities’ implementation, its negative impact on community policing, and the civil and human rights violations caused by the program, DHS convened a task force last month comprised of law enforcement officials, ICE agents, and immigrant rights advocates. The Advisory Committee was established without public input and does not include immigrant community members. The task force’s scope is limited solely to recommendations about how Secure Communities would operate in cases in which individuals are picked up for minor traffic offenses, prompting criticism from law enforcement officials and civil rights groups that the task force’s seriously limited scope is not sufficient to address the far-reaching problems with the program. Groups are now calling for an immediate halt to Secure Communities.

“The elephant in the room,” said Chung-Wha Hong, executive director of the New York Immigration Coalition, “is that the Obama Administration’s signature immigration enforcement program, by its very nature, fails to promote public safety because the minute local police engage in immigration enforcement, they lose the trust of the communities they serve. That is why we are calling on the Administration to do more than create a committee; we are calling for an end to this fundamentally flawed program.”

“While Secure Communities purports to protect public safety, the reality is, the program has led to an increase in fear and isolation of immigrant communities on Long Island,” said Luis Valenzuela, executive director of the Long Island Immigrant Alliance.

According to the groups, “by relying on local police to enforce immigration laws against the very communities they are charged with protecting, Secure Communities is sending a clear message to members of the immigrant community that any contact with the police could lead to their deportation.” As the letter points out, with the vast majority of undocumented battered women—more than 80%—already reluctant to report their abuse to police for fear of detention and deportation, S-Comm and similar programs make it even less likely that immigrant witnesses and victims will come forward.

Barbara Weiner, senior attorney at the Empire Justice Center, said, “With the overwhelming majority of our clients, our experience has been that they have endured a great deal of abuse before ever calling the police. Sometimes they have never called law enforcement and come to us only after they have left their home and fled to a shelter. S-Comm makes these matters so much worse since it confirms our clients’ very worst fears…that the police are an arm of immigration and are not there to help keep them safe.”

“Secure Communities is anti-community policing,” Ron Hampton, director of Black Law Enforcement in America, said. “It does not instill the trust and confidence in public safety agencies that is needed and expected by communities and individuals in the affected area of our cities and states. In order for law enforcements agencies to be effective organizations that provide public safety services, they must have the attention and trust of the communities they serve. Secure Communities programs prevent the establishment of those relationships.”

There is also growing evidence that ICE intentionally misled government officials as to the voluntary nature of the program. Earlier this month, a federal judge in the FOIA litigation rejected ICE’s efforts to withhold documents that would reveal information about Secure Communities, concluding that “[t]here is ample evidence that ICE and DHS have gone out of their way to mislead the public about Secure Communities.” According to documents obtained through a Freedom of Information Act (FOIA) lawsuit against ICE by the Center for Constitutional Rights, the Cardozo School of Law, and the National Day Laborer Organizing Network, ICE adopted an intentionally misleading definition of “voluntary” and “opt out” in order to expand implementation of the program before the expected pushback from localities.

Citing concerns over conflicting reports from ICE about whether the program was mandatory, the program’s impact on victims and witnesses of crime, and ICE’s failure to meet its stated goals in implementing the program, governors from Illinois, New York, and Massachusetts have rejected the program, while the District of Columbia, Minnesota, Pennsylvania, and Washington have altogether refused to join. Los Angeles, San Francisco and Santa Clara, CA, and Arlington, VA, have all passed local resolutions seeking to opt out or supporting the right of localities to opt out. The California legislature is also considering the TRUST Act, which would allow counties throughout the state to opt out of the program. Although use of the Secure Communities database is no longer authorized in some states, DHS stated in a meeting with advocates in New York on Friday that Secure Communities remains in effect in jurisdictions that have rejected the program. 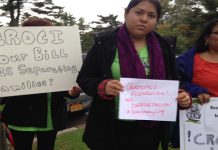 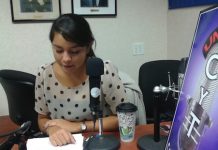