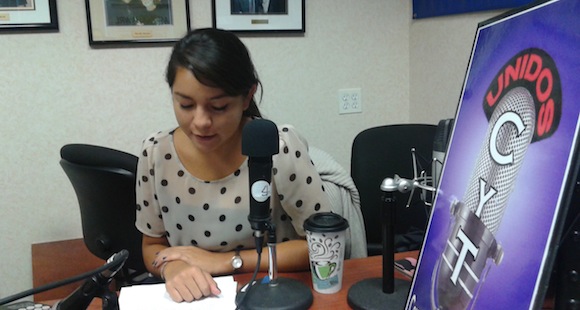 The month of October brought great news. The Suffolk County police announced they would cease honoring holds for Immigration and Customs Enforcement (ICE). To acquire all the details on this major victory for Suffolk County, I interviewed Daniel Altschuler from Make The Road NY for my Spanish radio show with CyTUnidos.

Altschuler said the need for this change came from a lack of trust between the Suffolk County police and community members, especially undocumented families. By honoring the ICE holds The Suffolk County police’s participation in Secure Communities, which included honoring ICE holds, resulted in the deportation of individuals over simple traffic violations. This was deterring community members from calling the police in emergencies.

“This will be an important step to improve the relationship between police and community members,” said Altschuler. “The next step is to watch the implementation of this policy.”

Shortly after the announcement was made, Suffolk County Executive Steve Bellone released a letter of intent committing to implement this policy in Suffolk County.

Some areas of Long Island like the East End won’t be included in this new policy because they have their own village police department. Still, Altschuler said it is very important for those living in these areas to know their rights. He explained that there is currently a wave of change where other parts of the country, including New York City, have also discontinued the relationship between police and ICE. He hopes the same will happen for the rest of Long Island.

Individuals looking for more information on this major victory can visit the Make The Road office at 1090 Suffolk Ave in Brentwood or call their office line at 631-316-8013.