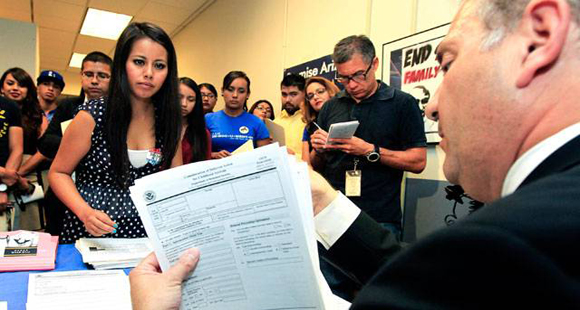 With the Supreme Court set to make a decision within weeks on whether President Obama’s executive action programs for immigrants can go forward, I have been giving hints on what undocumented immigrants can do to get ready. I have already outlined some steps for those who think that they are eligible for the expanded DACA+ program to take. Now I want to talk about what potential DACA+ and DAPA applicants both should be doing right now.

If we get a favorable decision from the Supreme Court, we might see DACA+ begin implementation right away. This program was only two days away from starting when it was blocked by an injunction. So, with all of the work already having been done by the Department of Homeland Security for DACA+, this program may start just a few weeks or months after a decision. DAPA is likely to start later.

While we await the Court’s decision, it is important not to get ripped off. Immigrants should not hire a lawyer until after the court issues a decision. You should definitely not go to a “Notario.” So-called “Notarios” have no legal training and cannot give you legal advice. If a “Notario” says that he can help you with your case, he is lying.

Non-profit organizations will be offering free information sessions after the Supreme Court makes its decision and you should attend one of these before you spend your hard-earned money.

One step that both DACA+ and DAPA applicants should take right now is obtaining a passport if you don’t already have one or if it is expired. The passport will help you establish your age, a vital fact if you are applying for DACA+, and will establish your identity. If you need a passport, go to your country’s consulate right away. Once the Supreme Court decision is announced, passport applicants will flood consulates, so the best time to get your passport is today.

Next week, I will be giving you more practical steps to take to get ready. Of course, by then, we may already have the Supreme Court’s decision.