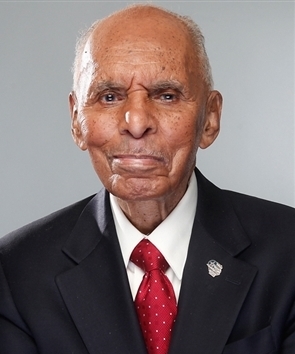 When World War II started, there was a push among African American organizations and media outlets to allow blacks to pilot military aircraft.

As it stood, phony science was keeping blacks out of the cockpit: In 1925, the military had done a study that said that blacks didn’t have the intelligence, ability, or coordination to fly airplanes.

“Pressure from the NAACP and the [black] press caused them to start an experimental group that was to be trained in Tuskegee, Alabama, and that’s why we were known as ‘The Tuskegee Airmen,’ says Roscoe Brown, one of the pilots whose heroism led to the integration of the armed forces and opened many doors to African Americans. “They went to colleges and recruited the best leaders and athletes.”

On June 12 at the Garden City Hotel, ERASE Racism will sponsor a Youth Roundtable with Brown. A diverse group of Long Island high school and college students will talk with the former pilot about his extraordinary experiences as a Tuskegee Airman and as a pioneer in the civil rights movement. The participants will watch a one-hour documentary, Double Victory, about the challenges faced by the Tuskegee Airmen, especially the racism that they encountered while protecting their country. Brown will speak for a few minutes about the role of race in America and then he will take questions from students.

This is a unique opportunity for young people to learn from the experiences of a true American hero. It will be the second Youth Roundtable sponsored by ERASE Racism. The first one, held in 2010, was with Ambassador Andrew Young, former United States congressman and leader in the civil rights movement. Over 200 students attended the forum, which marked Ambassador Young’s first public event on Long Island since his visit with Dr. Martin Luther King, Jr. in the 1960s. This year’s Youth Roundtable promises to be another extraordinary event.