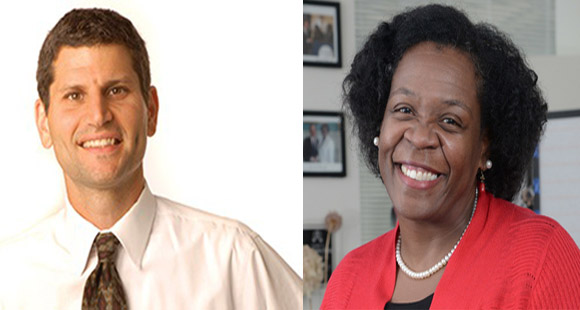 As a longtime family court judge in New York State, Edwina Richardson-Mendelsohn has seen just about every kind of immigration-related case come through her spot on the bench, and see the chaos that can be caused to families and children by legal proceedings that are either unfair, or not fully understandable to those involved.

What she has longed to do is have the ability to make changes or suggestions to the laws and guidelines in family immigration cases, and now, she finally will.

The panel, called the Advisory Council on Immigration Issues in Family Court, held its first meeting on Nov. 12 in Manhattan, and will be co-chaired by Judge Richardson-Mendelsohn and Theo Liebmann, the director of the Youth Advocacy Clinic at Hofstra and a longtime advocate for undocumented immigrants in New York State.

“I was beyond thrilled to be asked to be a part of this,” Judge Richardson-Mendelsohn said. “And I wouldn’t participate in a group like this unless I thought we’d have an impact. We want to help.”

“It’s a wonderful opportunity for people from all parts of the family court system to come together and really make a difference,” Liebmann said following the first meeting. “Right now we’re at the stage of hearing everyone out, with all their different perspectives, and then we’ll start to try to come to some consensus on the various issues.”

The panel, whose members are listed at the end of this story, was formed by Judge Marks to try to create some positive changes in a system many advocates say is broken, and also to create some consistency among laws and directives. The problems were thrown into sharp focus during the summer of 2014, when thousands of children fleeing horror and poverty in Central America arrived in New York

The statistics are stark: Nearly 6,000 newly arrived children from Central America were placed with relatives and sponsors in the state in the 2014 federal fiscal year that ended Oct. 31, 2014. According to state records, more than 2,000 additional children had arrived in New York since then, as of Aug. 31, 2015.

“So many of our legal needs go through the family courts,” said Camille Mackler, the legal initiatives director with the New York Immigration Coalition. “And if it involves child support, or welfare, or divorce, having clear, understandable guidelines is crucial. Family courts have not historically been focused on making sure they’ve been immigrant-friendly.”

Liebmann said the panel, consisting of advocates, judges, and attorneys, is first focused on setting priorities, and indicated that access to and distribution of U-Visas, and how special juvenile statuses are determined, are definitely key areas of concern.

He also said that while children’s issues will certainly be dealt with, he emphasized that because this is a “court-created body,” all issues will be focused on how they affect the courts.

“Our first charge is to listen to each other, to hear what the advocates say, the judges and other court personnel are saying, to see from their perspective what the biggest issues are,” Richardson-Mendelsohn said. “We want to find the best methods of improving things.”

Those could include recommending legislative changes to Judge Marks, or simply offering improvements to attorney directives in immigration family court cases. It could also mean improving resources for judges and court officers to help them speed the flow of immigration cases as well.

Liebmann emphasized that there is no timetable for the Council, but that they will meet regularly and efficiently, given the urgent need for improvements in the system.