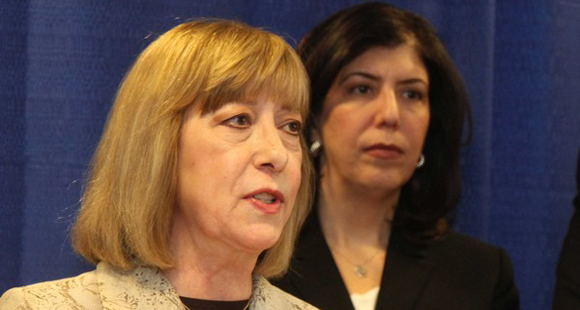 Nassau County Assistant District Attorney (ADA) Silvia Pastor Finkelstein told me last week that she is worried that the Supreme Court’s non-decision on President Obama’s executive action on immigration will lead to an uptick in immigrants being targeted for fraud. As undocumented immigrants become more desperate because the programs they hoped would provide them with security have been cut off, con men are starting to work the community for their own profit.

Silvia Finkestein heads Nassau District Attorney Madeline Singas’s Officeof Immigrant Affairs. The new office has had some remarkable achievements over the last year, including increasing assistance to immigrant victims of domestic violence exponentially. ADA Finkelstein says that she wants to expand prosecutions against criminals who take advantage of undocumented immigrants by conning them out of thousands of dollars for worthless immigration applications filed with the Department of Homeland Security.

In many cases, these applications are prepared by people claiming to be lawyers or advertising as “Notarios.” While a “Notario” is an important legal functionary in Latin America, here in the U.S. the notary is not required to have any legal training and is not authorized to practice law or give legal advice. Sometimes the fraudster is a real lawyer without any real ethics. Finkelstein is particularly worried about attorneys taking $5,000 to $10,000 to help people apply for the “Ten Year Law.” These lawyers rarely tell their clients that they will probably lose their cases and be ordered deported.

Those few cancellation of removal cases that win usually involve a person with a severe developmental disability or medical condition.

Many local organizations are expressing anger at the increasing number of criminals defrauding immigrants. ADA Finkelstein wants those organizations to help victims report their crimes. She can be reached at (516) 571-0327. She speaks Spanish. Even if the victim has been ignored by local police, the victim can report the crime to her. The only thing to keep in mind is that her jurisdiction only covers Nassau County.