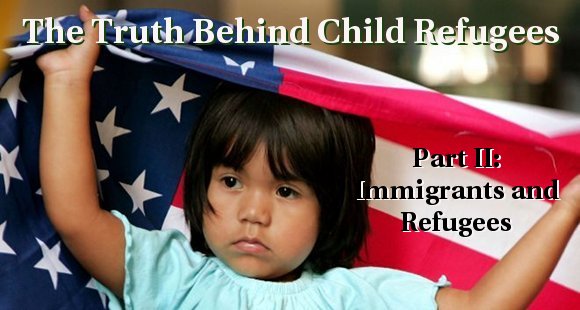 This is Part II of Long Island Wins’ new series to help provide Long Islanders with accurate information on this humanitarian crisis.

In our first article in this series, we discussed why Central American children are seeking refuge in the U.S. and what caused the crisis to reach current levels. The vast majority of these children hope to apply for asylum and remain in the U.S. as refugees. As such, this article will clarify the difference between an immigrant and a refugee.

An immigrant is a person who resides in a country to which they were not native born. Any individual fitting this description—including legal permanent residents, naturalized citizens, and the undocumented—is an immigrant.

A refugee is an immigrant who flees their home country because they have suffered or have a well-founded fear of persecution, violence, or war, on account of their race, religion, nationality, political opinion, or particular “social group.” Since 1951, there have been international laws to guide the protection and resettlement of those fleeing violence.

Long Island has a long history of welcoming refugees. In the late 1940s, many Eastern Europeans came to Long Island to escape persecution by the Soviets and other political groups following World War II. Long Island’s Central American population expanded rapidly in the 1980s as Salvadorans fled a brutal civil war in their home country.

Central American children seeking refuge in the U.S. are attempting to escape gang violence in their home countries. The violence level in Guatemala, El Salvador, and Honduras has been described by our own government as being “critically high.”

Interviews with the children conducted by the United Nations High Commission for Refugees (UNHCR) reveal that many have received death threats from gangs in their home country. All have come here because they fear for their lives.

UNHCR has also noted that asylum requests by nationals of these three countries are up 712 percent in Mexico, Nicaragua, Panama, Costa Rica, and Belize. Representatives from the U.N. have urged the U.S. and other nations to carefully consider each child’s asylum claims and provide the protection these children need.

Our next installment will focus on the role of family in driving children to the U.S.