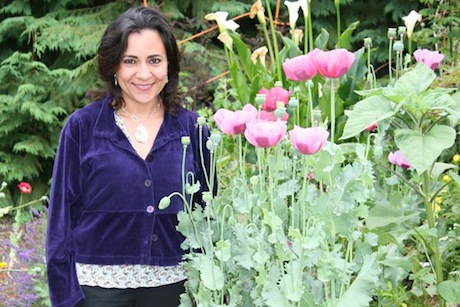 Alaa Majeed is one of 60,000 Iraqis who came to the United States after the 2003 invasion. She is married to an American, and has settled inBrooklyn. But even as the last US troops left Iraq, Majeed was not making plans to hurry back home. She tells City Limits the destabilizing effects of the war will continue. It’s hard to say when Iraq might be safe enough for her and her family to begin considering a return.

Majeed’s story of coming to America is an uncommon one among Iraqi refugees, as she accepted a marriage proposal from American journalist David Enders after working closely with him as a translator and driver for members of the American media in Baghdad.

“We were almost kidnapped together and almost shot at many times,” she says. “That left us to become very close to each other. We would come back to our office after covering a bombing, talk about the pieces of dead bodies we saw, then sit and weep over why that was happening before we go back to be objective and write our stories.”

Majeed reports that marrying an American greatly facilitated the process of coming to the U.S., although it still took about a year for her to receive the fiancé visa she applied for in 2005. She finally came to America and reunited with Enders in late 2006, just before the U.S. government finally began to let in more than a few hundred Iraqi refugees each year.

It is no secret that working as a journalist in the midst of the Iraq War was dangerous, but Majeed’s identity as an Iraqi and as a working woman within a male-dominated Iraqi society made life even more complicated and distressing. Some Iraqis saw her as a collaborator because of her working relationship with American journalists. She lived with a palpable threat of being kidnapped and received death threats upon occasion. However, the constant troubles and difficulties of her everyday life wore her down even more.

“What’s worse is that you’re always, all the time, picked on and scared and cursed and stressed out,” she says. “All these things in addition to having to cover bombings and going to the morgues to count all the dead bodies [any given] day.”

She came to the U.S. alone, although her two children were eventually let into America thanks to her marriage to Enders. The rest of her family still remains in Iraq, and although Majeed has been a New Yorker for about five years, she still worries about the additional danger her presence in America brings to her family.