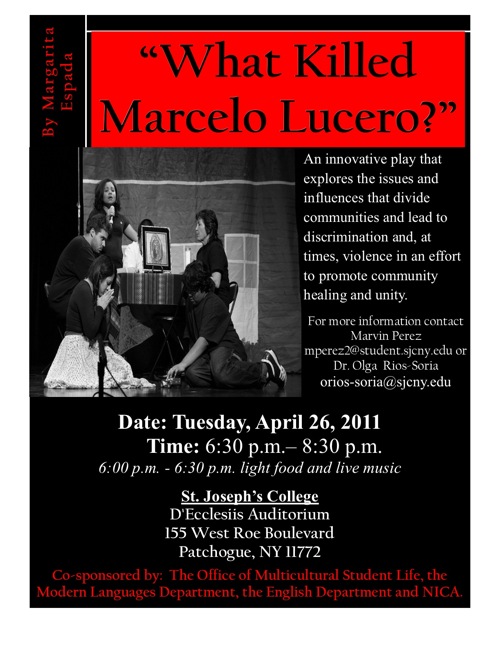 The play is produced by Teatro Experimental Yerbabruja, a theater group headed by Margarita, and will be presented in partnership with the Long Island Immigrant Alliance.