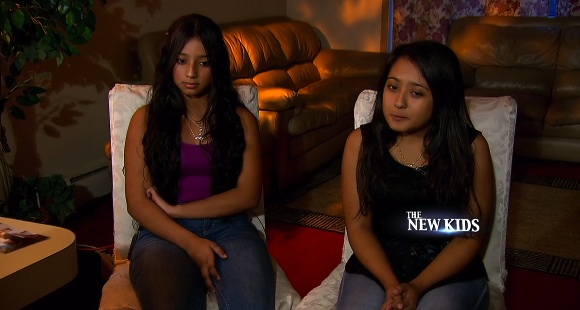 News 12 Long Island recently aired a two-part series about the newly arrived children who have resettled with family on Long Island after fleeing violence and poverty in their home country.

Part 1 tells the story of Madelyn and Elsy Bermudez, two sisters aged 15 and 14 respectively. At first glance, they seem like any other Long Island teenager. But they are among the many children who have crossed the U.S. border seeking safety and to reunite with their mother, whom they hadn’t seen since they were toddlers.

The two girls talk about the challenging journey, why they left El Salvador, and how it feels to be with their mother after all these years.

Part 2 examines how Long Island schools are adapting to provide the education and related services the children need. The two school districts featured in the story, Wyandanch, where the Bermudez sisters are enrolled, and Hempstead are pressed for funds and resources, particularly ESL (English as a second language) teachers.

Last year, Reps. Steve Israel and Peter King put together a bill that would provide emergency funding to schools that have enrolled the newly arrived children, although Congress never brought it to the floor for a vote.