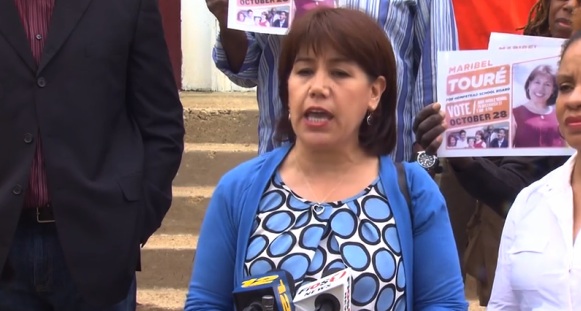 Former school board trustee Betty Cross and challenger Maribel Touré have both filed petitions to run for the recently vacated seat on the Hempstead School Board. They will face off Oct. 28 in a special election ordered by New York State Education Commissioner John B. King Jr.

According to Newsday, the candidates were announced by district clerk Patricia Wright under the watch of monitors from the state attorney general office’s Civil Rights Bureau.

A second election was ordered by King in response to a petition filed by Touré alleging misuse of absentee ballots, voter coercion, and election fraud. King also required the district work with the attorney general’s office before, during, and after the election.

Touré would have been the first Latino to sit on the school board despite the fact that Latinos comprise 59 percent of the district. She was declared the winner on election night May 20 with 712 votes to Cross’s 691. However, Cross appeared the next day with suspect absentee ballots that put her six votes ahead. The disproportionate number of absentee ballots cast for Cross, as well as the handling of those ballots was deemed “highly suspect” by King, and was a key factor in the decision to require a special election.

In a press conference on Monday, Touré said, “This fight is a fight we have owed to the students for a long time. For years, it was time to say, ‘We are standing behind you.’ The change has started and we are not going to stop.”

The election will be held at Alverta B. Gray Schultz Middle School from 7 a.m. to 9 p.m.