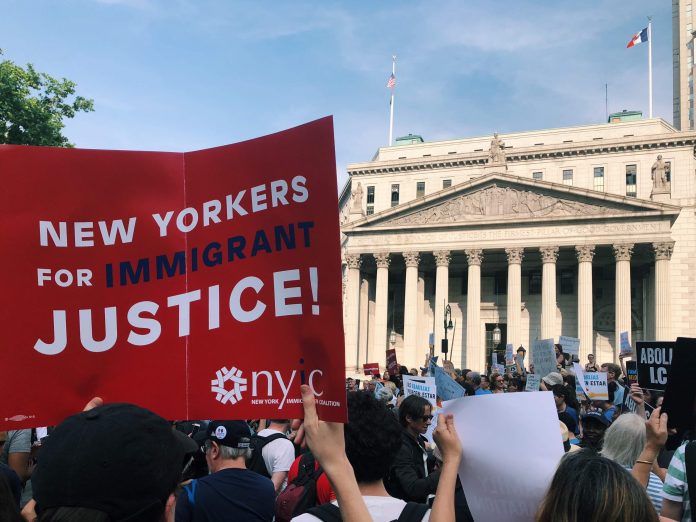 For all of their fiscally conservative rhetoric, anti-immigrant hawks on the right have no issue spending billions of taxpayer dollars on increasingly ineffective and cruel attempts to separate and deport immigrant families.

In September, the Trump administration published a proposed change to the Flores Settlement Agreement, which limits the time that children can be held in detention to 20 days and establishes minimum conditions for their housing.

The proposed regulation would allow the DHS to evade the current requirement under Flores that children be held only in state-licensed child care facilities. Under the new rule, the Trump administration would handle the licensing and oversight of facilities housing detained children, and the state child welfare watchdogs would be cut out entirely.

In publishing the proposed change in the Federal Register, the government failed to include a cost estimate, but that didn’t stop the Center for American Progress (CAP) from piecing the data together.

According to a recently published report from the CAP, the additional resources and expenses of keeping children detained under Trump’s proposed rule changes to Flores could run as high as $12.9 billion over the next decade, or as low as $2 billion.

And, as reported by National Public Radio last month, the spending for immigration enforcement is so out of control that the Department of Homeland Security had to move $200 million out of its budgets of FEMA, the Coast Guard, and other agencies to be funnelled into U.S. Immigration and Customs Enforcement (ICE). That shift is on top of an ICE custody operations budget of a record $3 billion, up dramatically from $1.77 billion in 2010.

Even certain conservative groups have found that obsessive immigration enforcement is simply bad economic policy. In 2015, researchers at the American Action Forum found that deporting all undocumented immigrants across the United States would be a 20-year-long effort costing the federal government between $400 and $600. Meanwhile, it would cut the nation’s GDP by $1.6 trillion and choke economic growth by 5.7 percent.

Regardless of claims of “sensible” policies or a “pro-America” agenda, anti-immigrant crusaders are more than willing to overtax an already debt-ridden economy to enable xenophobia and racism.