In March, the Suffolk County Legislature passed legislation that dedicated the second week of November to building communities that are more welcoming to all residents, in memory of Ecuadorian immigrant Marcelo Lucero, who was tragically killed in a 2008 hate crime.

The first “Understanding, Accepting, and Respecting Our Cultural Differences Week” will be recognized with a series of events throughout Suffolk County; the response has been so great that the week is now going to be 10 days of events intended to bridge the divide between different groups of people.

The week kicks off on Tuesday, November 1, with a gathering of elected officials, community groups, and the two candidates for Suffolk County executive to discuss the ways to end bullying, racism, and discrimination in the county. The event, which is hosted by the Long Island Organizing Network, will also focus on the need for Suffolk’s Hate Crime Task Force to issue recommendations to prevent the sort of hate crime crisis that led to Marcelo Lucero’s death (November 1, 7pm; Suffolk Community College, Grant Campus, Crooked Hill Road, Brentwood, for more info, call 631-789-0720). 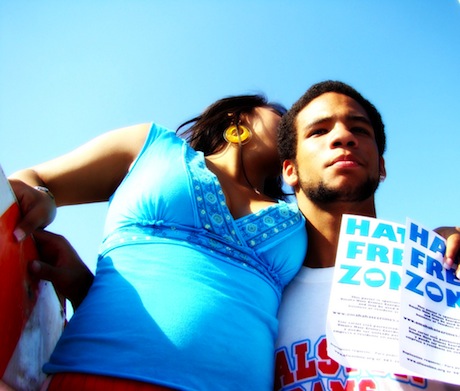 On Sunday, November 6, the Lucero family will hold a vigil to remember Marcelo’s life at St. Francis DeSales Parish Hall (220 South Ocean Avenue at the intersection with Division Street in Patchogue). The vigil will be indoors this year and begins at 2:30pm. I strongly encourage everyone to attend and support the family. For more information, email joselolucero@yahoo.com.

On November 9, the Long Island Immigrant Alliance will hold a rally and press conference at the Suffolk County Legislature to demonstrate the vibrancy of the county’s immigrant community, and to call for a Suffolk County government that is more welcoming toward immigrants. The event, “Rally for Leadership to Make Suffolk County a Hate-Free Zone,” will invite legislators to make statements in support of forging new bonds among all Suffolk residents, and take place outside the Hauppauge Legislative Auditorium at the Suffolk County Legislature (11am; W.H. Rogers Legislature Building, 725 Veterans Memorial Highway Smithtown; for more information, contact the Long Island immigrant Alliance at 631-789-0720).

Marcelo Lucero was murdered on November 8, 2008, in what County Executive Steve Levy hoped would be a “one-day story.” Three years later, we still mourn his loss and pledge ourselves to keep his memory alive by building a more inclusive Suffolk County.

The Long Island Immigrant Alliance urges your congregation or organization to mark the anniversary in your own way, as well as by joining one or all of the activities listed.