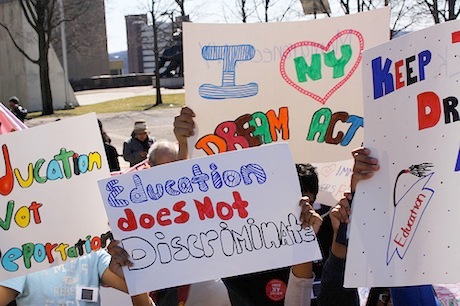 Today, the coalition will meet with State Senator Jack Martins, whom The New York Times has cited as a potential swing vote on the legislation.

On May 1, the New York State Assembly took a small step in the right direction by passing the DREAM Fund by an overwhelming majority (138-6). Advocates are now urging the legislative body to pass the New York DREAM Act, which would open up existing state financial aid to all students.

In addition, we want the State Senate to pass the two bills as a package, and for the governor to take a stand in support of the bills and undocumented young people. So far, he hasn’t done that.

Long Island Wins blogger Pat Young will also be attending the meeting on behalf of his organization, CARECEN. Here’s his call to action:

Time is running out for the State Senate to pass the New York DREAM Act. Today, immigrant advocates will be visiting Senator Jack Martins. If you live in Martins’ district, please call him today or tomorrow and ask for his support of this legislation.

Martins’ district covers most of northwest Nassau County including places like Lake Success, Williston Park, East Williston, Mineola, Westbury, New Cassel, and nearly all of the communities surrounding Roslyn, Port Washington, and Great Neck. If you are not sure if you live in Martins’ 7th Senate District, you can go to this resizeable map to find out.

The message to Martins is simple: Please support the New York DREAM Act. It encourages children to stay in school through graduation because it holds open the promise of college. Since many of these young people will someday be eligible for legal status, it makes sense to make them as economically productive as possible.

Here’s a map of Martins’ district: 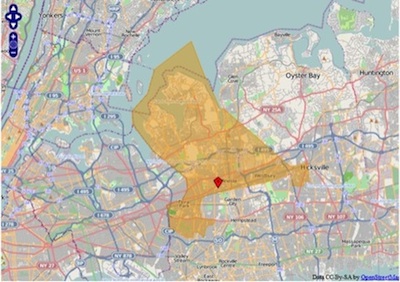