Every ten years, state electoral district lines are recalibrated, supposedly to account for demographic changes documented in the census. The real truth is that redistricting, as practiced in New York, is the process by which politicians pick the voters they’d like to represent. After much wrangling between parties, a task force made up of members of the State Legislature releases district lines that often cut through communities, all with the hope that the incumbent – Democrat or Republican – can stay in office.

It’s political self-interest at its most obvious. And it needs to stop.

On Long Island, this practice especially weakens the voting power of communities of color, and the proposed maps have carved up areas like Brentwood and Hempstead, “cracking” black, Latino, and immigrant communities. 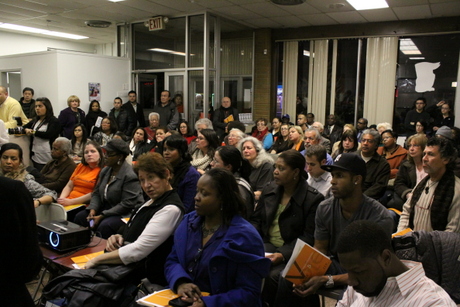 At this point, the state legislature can’t be trusted to act responsibly. But there’s still hope for change.

New York State Governor Andrew Cuomo has the power to veto these district lines and send a strong message to the state legislature in support of fair redistricting.

Tell the governor to veto unfair district lines by signing this petition and calling his office at 518-474-8390.