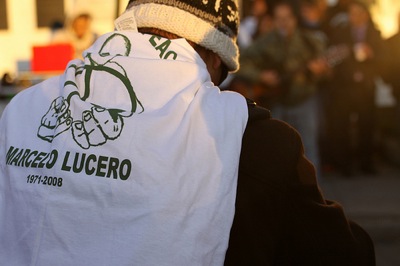 In an editorial last week, Newsday called for the Suffolk County Hate Crimes Task Force—a body charged with researching county hate crimes, but riddled with conflicts and missteps—to issue a report on hate crime that was due by the end of 2010.

As I mentioned in an opinion piece yesterday, the editorial dismissed some of the concerns with the report as political posturing. That County Executive Steve Levy had access to the document throughout the drafting process was “much ado about nothing” to Newsday’s opinion makers, and that the former head of the police hate crimes unit had recently resigned from the task force was “the latest distraction.”

A few days later, one of Newsday’s columnists dug a little deeper into the story, exposing the naiveté, or willful ignorance, of the editorial board.

In a January 23 column, Joye Brown reported that the former head of the hate crimes unit, Det. Sgt. Robert Reecks, told her that the Levy administration had systematically whitewashed hate crimes since taking office in 2004, reclassifying what should be defined as a hate crime and sanitizing media advisories of language related to such crimes. The county executive considered the allegations serious enough to issue a 1,400-word press release attempting to rebut some of the claims.

Although Newsday still hasn’t followed up on the accusations by Reecks, the paper featured three related letters to the editor today, from Legis. DuWayne Gregory, the head of the Hate Crimes Task Force; Luis Valenzuela, the executive director of the Long Island Immigrant Alliance, and Suffolk County Executive Steve Levy.

Regarding “Task force should deliver’’ : I agree the Hate Crimes Task Force has to get beyond questions about intrusion of the county executive into the drafting of the task force report, and expedite the issuance of a final report.

I said from the outset that a primary mission of the task force would be to instill confidence in the public that Suffolk County was finally serious about addressing the issue of hate crimes.

That lack of confidence is due at least in part to a county executive who has used the issue of immigration for his political benefit, stating that immigrants come to this country to have “anchor babies,” and calling Latino advocates who disagreed with him “lunatic.” And, most egregiously, making the tragedy of the killing of Marcelo Lucero about him, by declaring it would be a “one-day story” if he wasn’t involved.Any threat to the independence of the task force, or even the perception of such a threat, damages the credibility of the task force and we can’t allow that to happen.

I look forward to bringing forth a final report that fairly represents the deep concerns and fears of the immigrant community and offers real and concrete solutions to the serious problems that plague Suffolk County on the issue of hate crimes.

Editor’s note: The writer is the chairman of the Suffolk County Legislature’s Hate Crimes Task Force.

Your editorial touched on some of the reasons that Long Islanders should be skeptical of the task force’s final report, including the absence of victim testimony and the lengthy delay in producing a draft of the group’s findings.

However, that’s just the beginning. The task force has made so many egregious, preventable mistakes, that Long Islanders should be extremely skeptical of the final product.
Suffolk political leaders are not eager to admit that hate crimes are a problem. One of my main concerns is that the document was drafted by the Criminal Justice Coordinating Council, a body that is directly overseen by Suffolk County Executive Steve Levy. The county executive’s administration had access to the report throughout the drafting process. It will be impossible to tell how that has influenced the findings.

Your editorial notes the absence of victim testimony, but that could have been remedied. The task force did a poor job of reaching out to hate crime victims. For evidence, read “Climate of Fear,” a 2009 report on hate crime in Suffolk County by the Southern Poverty Law Center, a national organization that monitors hate groups. The lead researcher took an on-the-ground approach, compiling over 100 interviews with victims, advocates and concerned community members. By sitting in living rooms and gaining trust, she was able to uncover previously unreported violent acts against Latinos in Suffolk County.

In comparison, the task force held public forums at which the media expected hate crime victims, some of whom may have been undocumented immigrants, to come forward.
Finally, the task force itself is not equipped to draft this report. A number of task force members are county employees, evaluating their own employer’s response to the problem. The only member of the group with expertise in the legal aspects of hate crime was Sgt. Det. Robert Reecks, but he recently resigned after losing his position as the head of the police hate crimes unit.

Editor’s note: The writer is the executive director of the Long Island Immigrant Alliance.

Newsday’s editorial properly characterized Legis. DuWayne Gregory’s outrageous allegations of “executive branch intrusion” into the draft of the Hate Crimes Task Force as “much ado about nothing.”

My administration has documented for reporters and task force members that the Criminal Justice Coordinating Council, which was established within the executive branch, followed the standard protocol it follows with all draft reports by sending them to administration officials.

Despite an affidavit signed by the two primary authors of the report that nothing was removed and that only a table of contents was added, Legis. Gregory continues to cry interference over the draft report – which is an absurd and illogical distraction considering the fact that the draft is just that: a draft.

The legislator wants headlines, not solutions. He often refers to my administration’s opposition to illegal immigration and would want one to believe that such opposition is the cause of hate crimes, which is utter nonsense.

Since I have been county executive, the police department has issued 67 media releases detailing or updating investigations on potential acts of bias, and I have consistently condemned such hate crimes. I argued successfully to expand the state’s hate crimes statute and recently elevated the county’s police hate crimes unit.