Despite touting new translation tools and cursory Spanish-language trainings, Suffolk County police consistently deny basic services to residents with limited English proficiency, according to a coalition of community members and advocates that spoke at a press conference in Bay Shore on September 21.

The press conference featured several speakers who had encountered language problems with police officers in the Bay Shore, Brentwood, and Central Islip area, as well as advocates who said that while Suffolk may have some worthwhile policies on the books, those policies are often ignored in the field. 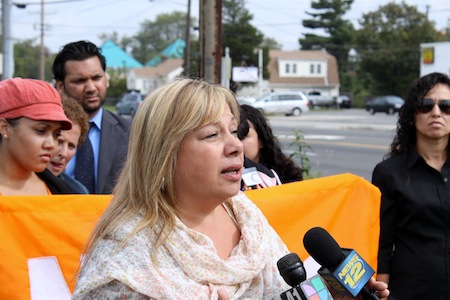 Tatiana, resident of Central Islip, spoke about difficulties communicating with the police.

“Latinos settled here in Brentwood starting in the 1940s,” said Luis Valenzuela, director of the Long Island Immigrant Alliance. “So it’s problematic that we still have people in the community who have not been allowed to gain access because they’re limited English proficient.

On September 14, the U.S. Department of Justice issued a letter related to an ongoing investigation into discriminatory policing against Latinos in Suffolk. The letter made numerous recommendations to the county to improve policing and reduce the likelihood of discrimination, including language access for all residents. 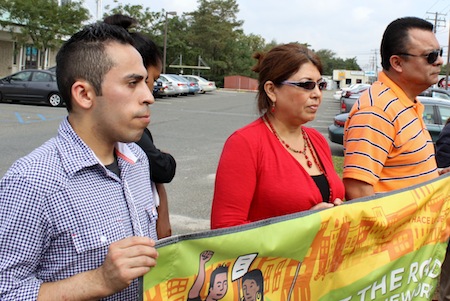 In the face of serious criticism, Police Commissioner Richard Dormer issued a press release, insisting that the department was already complying with many of the recommendations in the letter from the Justice Department.

Watch the video below to hear firsthand about the need for better police services for those with limited English proficiency:

See the slideshow below for images from the press conference: