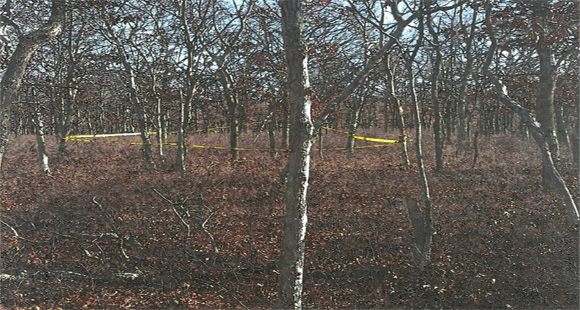 A completely new and independent investigation has been formally requested concerning the disappearance and death of Lilia Esperanza Aucapina, whose body was found hanging on a tree in a secluded area in Sagaponack, last month.

Aucapina’s family members are asking Southampton Town authorities to reopen this case and reassign it to trained detectives from the Suffolk County Police Department (SCPD) Homicide Unit. They are also asking the Town to issue a report specifying the steps the police took during the investigation.

Latino Justice, the organization representing Aucapina’s family, made that request last week through a letter sent to Southampton Town Supervisor Anna Throne-Holst, because of inconsistencies found in the police report by the organization’s own investigation.

Foster Maer, Senior Litigation Counsel for Latino Justice, explained in the letter that the Town Police prematurely considered Acuapina’s case as a suicide. This belief imposed improper limits on their investigation as they failed to properly review evidence that her death might have been due to a criminal act, according to Maer.

“Their failure to find her body just a few hundred feet from her home for six weeks stands as the most egregious example of these findings,” Maer explained in the letter.

Also, the police would have wrongly limited their investigation once Aucapina’s body was found.

The police were conducting the investigation presuming Aucapina’s death to have been a suicide. Therefore, no trained homicide detectives from the SCPD conducted any investigation in or around the death scene -according to the letter- and when they found her body, they took it as a confirmation that she had committed suicide and continued refusing to have homicide detectives take over the case.

Maer’s hypothesis goes beyond this.

“The discovery of her body six weeks later at a location they already searched raises the possibility that her body might have been planted there as a staged suicide after the police stopped searching for her,” Maer wrote. “The only other explanation is that the searches by the Town Police were so incompetent that they missed her body hanging in plain view in this lightly wooded area.”

Supervisor Throne-Holst was not available for an interview. However, a speaker for the Town told us that Throne-Holst has made a commitment to keep the family updated of new developments. Also, during a Town hall meeting two weeks ago, she requested the police department to provide a detailed report with all the steps taken during the investigation.

“The letter was a follow up saying show us the report and also saying that more needs to be done to make sure this does not happen in the future,” according to Christiaan Perez, from Latino Justice. “Based on that report we will be able to say where the investigation was dropped and then we can see if there is any policy changes that need to be made to make sure this does not happen again.”

Throne-Holst was not reelected during this year’s election and will leave office by the end of December.

“We are hoping that she takes care of this before she leaves,” Perez added.