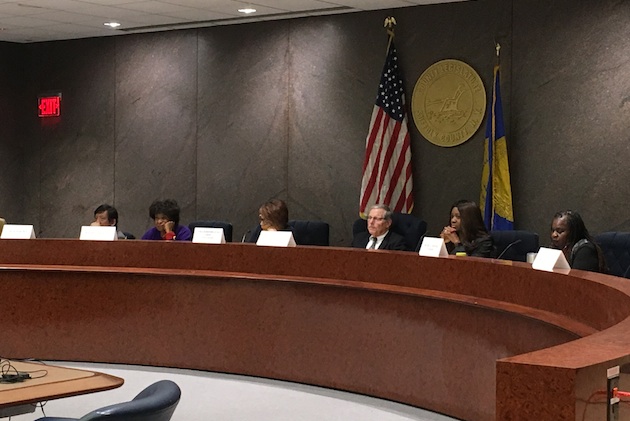 The Suffolk County Human Rights Commission opened up their monthly meeting on February 22nd to hear and record testimony from several recipients of Deferred Action for Childhood Arrivals (DACA) as well as community and faith leaders. Headed by Chairman Rabbi Dr. Steven A. Moss, the commission opened the floor for speakers to share their experiences so they could better understand the obstacles undocumented people face because of their immigration status.

DACA is a program created by President Obama which allows for undocumented youths who arrived as children to register with the Department of Homeland Security. If accepted, they receive temporary work authorization and protection from deportation, which they must renew every two years. President Donald Trump promised during his campaign to repeal the policy, and a draft of an executive order that leaked in early February 2017 may indicate that the president is considering doing so in the near future.

Each DACA recipient told the commission about their struggles being undocumented, how they came to the United States, and how DACA has changed their lives for the better.

“[DACA] really opened up, for the first time, an opportunity for me to be able to make decisions based on what I deserved and what I have worked hard for,” said Laura Lemus of Long Island Wins told the commission.

“DACA has allowed me to obtain a driver’s license, a work permit, and a social security card. I was able to build up my credit score and apply for a credit card as well,” said Brenda Madrid of the Long Island Immigrant Student Advocates, “It literally changed my life in a very positive way.”

For many, Long Island is the only place they’ve ever known, as Nelson Melgar of the Long Island Immigrant Student Advocates told the commission, “I was born in Honduras and at the age of 13, I walked across countries to come home.”

Altinok made it clear to the commission that DACA is a matter of concern across the nation and in every industry. “There are worries [in the tech industry] about what is going to happen to DACA or if these undocumented people are sent away,” he explained.

At the end of the open forum portion, the commission re-opened their meeting to pass two motions, one of which was, “As the Suffolk County Human Rights Commission, we urge the current administration to continue and expand DACA protections as a just and humane action.” Rabbi Moss also assured the participants that the recording of the meeting would go to local, state, and national officials in the hopes that it would help them better understand DACA and what is at stake.