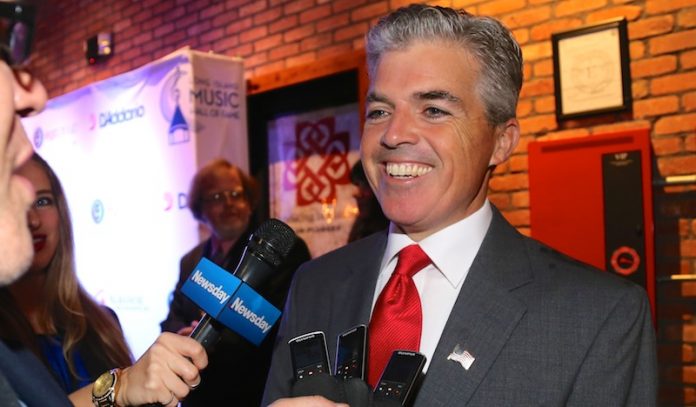 Suffolk County Executive Steve Bellone held a meeting on Monday, December 12 to honor Human Rights Day with activists from several local Latino, African-American, and Muslim groups among others. Bellone also used the gathering to assure residents of the county that acts such as the painting of the swastika in Haupaugge, would be treated as the crimes they are, saying, “All acts of hate and violence will be investigated to the fullest extent of the law. I can guarantee you that here in Suffolk County.”

Dr. Hafiz ur Rehman, a member of the Suffolk County Human Rights Commission, spoke about how the incidents after the election have made the Muslim community feel unsafe: “That’s not America. This is a beautiful country and there’s so much diversity here and people from different areas of the world that have made this their home.”

The County Executive pointed out, however, that reported hate crimes are down from 2015, going from 69 at the end of last year to 36 at the end of this November. He contributes this decrease to the outreach and partnerships with the diverse communities as well as the activities of county agencies. These statistic only account for incidents where the police were informed, so it may not reflect the true trend of what’s happening. There has also been a spike in Ku Klux Klan activity in the county, including the distribution of fliers on the Long Island Rail Road and Patchogue.

While Bellone’s efforts are an important step, Walter Barrientos from Make The Road New York pointed out that the county police also need to make a similar statement: “This is a good first step, but we need a lot more…There needs to be more of a public campaign with police chiefs saying, ‘I am here to serve you.'”