JVC Broadcasting is planning to ring in the New Year by rewarding Steve Levy with his own radio show. Steve Levy, whom the Rev. Allan Ramirez once accused of having the blood of hate crime victims on his hands, was a principal inciter of hatred against Latinos during the last decade. He encouraged a climate of fear in immigrant communities and turned his back on Latinos repeatedly.

Hiring Levy seems an odd choice for JVC since one of their properties is the valuable Fiesta Spanish-language radio station. Putting an opponent of the Latino community on the air may hurt Fiesta with its key demographic. 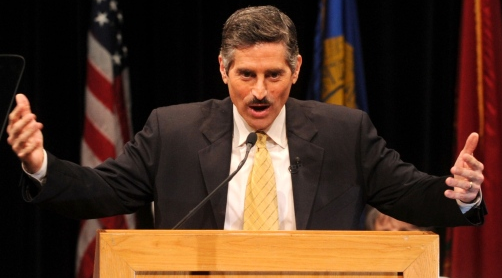