Suffolk County Executive Steve Bellone has announced a new policy making Suffolk the most language accessible suburb in the United States. Most county agencies under Bellone’s jurisdiction dealing with the general public will now have interpretation and translation provided in six languages. The languages are those most commonly spoken in Suffolk. They are Spanish, Italian, Polish, Portuguese, French Creole, and Mandarin.

This marks a sharp break with the Steve Levy administration’s approach, which marginalized immigrants by keeping even essential emergency services like police protection in English-only. That benighted policy provided an environment in which immigrants reporting hate crimes were turned away by police, allowing swarms of teens to target Latinos with virtual impunity. This contributed to the 2008 killing of Marcelo Lucero in Patchogue.

Although the official announcement came today, Assistant County Executive Luis Montes told an audience at the Long Island Language Advocates Coalition (LIIAC) conference on Friday that Deputy County Executive John Schneider will be in charge of implementation and that each county agency will designate a high-ranking executive to run implementation.

The conference was dedicated to the memory of Marcelo Lucero and it was refreshing to see a Suffolk leader honor his memory with more than just words. This new policy will make Suffolk a welcoming place for immigrants and save lives. 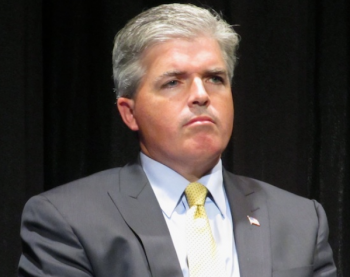