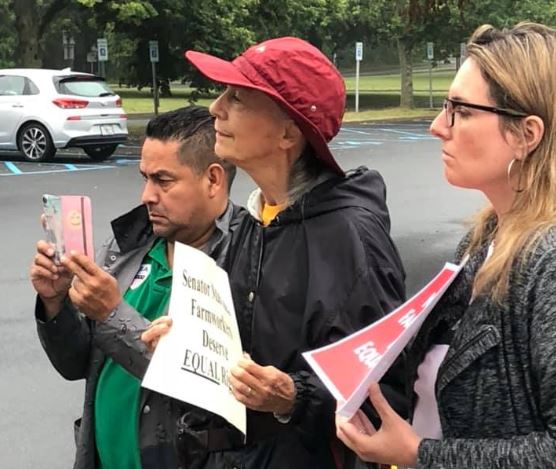 Two dozen farmworkers and their supporters assembled outside Sen. Monica Martinez’s office this evening in a light rain to insist that she support the Farmworkers Fair Labor Practices Act. The bill would give farmworkers the same rights as other employees, including the right to organize and to have one day off each week. 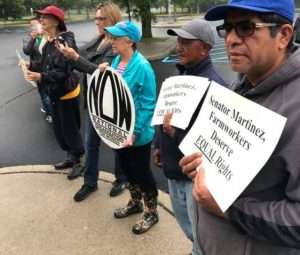 The rally, led by Rural Migrant Ministries organizer Angel Reyes Rivas, focused on Senator Martinez because she has not taken a position on the legisation even though there are only two weeks left in the legislative session. Albany insiders say that the bill is close to passage, but that it needs the support of a few more senators. To join the call for farm labor protections, call Senator Monica Martinez (631) 360-3356.