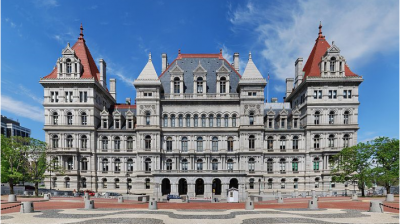 New York Governor Andrew Cuomo put a progressive language access policy into effect in 2011 through an executive order. While this was helpful to immigrant communities, its shortcomings have become manifest. A coalition of Language Access organizations has identified some of the problems and recommended solutions. Here is what the shortcomings are according to these experts:

Lack of language access is one of the most significant barriers New York’s immigrant communities face to accessing critical State services. New York State took an important step toward expanding language access when Governor Cuomo signed Executive Order No. 26 in 2011, which orders all executive State agencies to translate vital documents into the six most common state languages (“statewide languages of translation”) and to offer interpretation services to individuals in their primary language. However, even after the implementation of the Executive Order, significant language access barriers remain.

A. Translation of Vital Documents

Among those barriers are that New York’s statewide languages of translation leave out large groups of immigrant New Yorkers from translation of vital documents. Executive Order 26 requires Executive State agencies that provide direct public services to translate vital documents into the six most common non-English languages spoken by individuals with limited-English proficiency in the State of New York, based on United States census data. Currently those languages consist of Spanish, Chinese, Russian, Haitian Creole, Bengali, and Korean. The fact  that New York’s statewide languages of translation do not include a single language of the African continent or the Middle East represents a failure to reflect the State’s growing diversity.

Another barrier is that under the current Executive Order, translation of vital documents by State agencies is not consistent across State agencies. The Executive Order only covers Executive agencies, which excludes major agencies such as the Department of Education, which is under the supervision of Board of Regents, and County-run Departments of Motor Vehicles. This results in significant differences in the availability of translation within a single jurisdiction.

Of course, a State Language Access Policy should represent a floor, not a ceiling. Localities should be free to to translate vital documents into more languages in order to better meet local needs. For example, Suffolk County may offer services in Portugese to meet the needs of its large Portugese community. However, the State should set a strong minimum cross-agency standard on language access for all State agencies.

B. Interpretation of State Services

Similarly, significant gaps remain in the availability and quality of interpretation, particularly for New Yorkers who speak Languages of Limited Diffusion (LLDs). LLDs include African languages, many Asian languages, and indigenous Latin American languages. Speakers of LLDs are often the most disconnected from services and hardest to reach through outreach, even while they are disproportionately affected by federal policies like the Muslim ban, escalating immigration enforcement, family separation, and asylum. Many asylum seekers in the Latin American caravan speak indigenous Latin American LLDs, and the death in custody of 7-year-old Jakelin Caal might have been prevented with better indigenous language interpretation (see: https://goo.gl/F1NuvH).

Members of our organizations are often asked to bring their own interpreters to an appointment, and our offices often receive calls from our new immigrant members who were unable to access services because of language barriers. Our agencies and many immigrant community organizations are inundated with requests to recruit interpreters of LLDs, particularly for legal interpretation—but lack funding which would enable us to meet this demand.