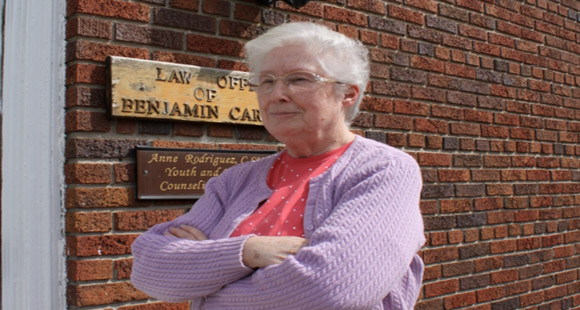 Sister Margaret Smyth, from the North Fork Spanish Apostolate in Riverhead, could not believe it when she found out that she was going to see Pope Francis in person.

The office of New York Senator, Kirsten Gillibrand, selected her to be part of a delegation to see the Pope’s address to the joint session of Congress last week.

Although Sister Margaret is very involved in the Catholic Church and has been providing various services to the immigrant community, this unique experience helped her to reaffirm her devotion to service all people in need, but especially the newcomers.

The Pope’s message will resonate in people’s mind for a long time, according to Sister Margaret during a phone interview with Long Island Wins. It [Pope’s message] lifted people up and said to them, you are valuable, you are important; we are a better country because you are here.”

“For me, he [Pope Francis] said what I know, and I try to share with people and what I have to put into practice, and that is take a look at each person’s face and see in that face the dignity and respect that everyone deserves,” Sister Margaret said. “Then you can’t be against anybody.”

Listen to our interview with Sister Margaret: