Over the past decade, more immigrants have been settling on the East End of Long Island, bolstering the workforce in industries like farming, construction, and education.

Immigrants are making the East End more diverse, coming increasingly from Latin American countries like Mexico, Colombia, Guatemala, and Ecuador, as well as from Germany and Poland in Europe. 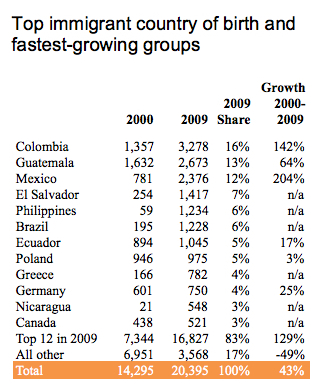 To learn more about this wide range of newcomers, the group Neighbors in Support of Immigrants created several videos showcasing East End immigrants, “including people who came to the US a long time ago and those who came more recently.” The video series, entitled “Sharing the American Dream,” presents immigrant struggles and successes, of those with documentation and without.

The videos also come with a discussion guide for teachers, a fact sheet, and a list of immigrant services on the East End, in English and Spanish.

Watch one of the “Sharing the American Dream” videos here:

With reporting by Michelle Gil.