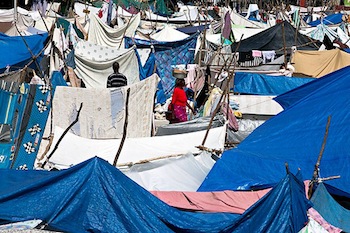 One year after the earthquake that devastated Haiti, causing massive loss of life and leaving more than 1.5 million homeless, Long Island residents will gather for a vigil in remembrance of those affected by the disaster.

The community group Haitian Americans United for Change are organizing the vigil, which will take place in the chapel at the Sisters of Saint Joseph convent in Brentwood (1725 Brentwood Rd.) on Tuesday, January 18, between 7:30-8:30pm.

The event was rescheduled to this date due to the snow storm on Long Island.