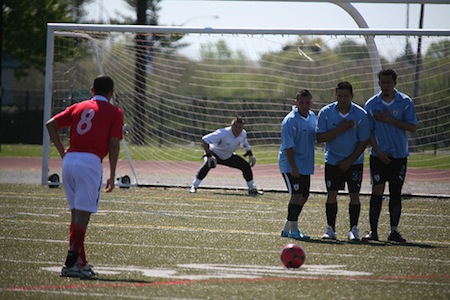 For several years, Legis. Jack Eddington has organized a soccer tournament in Medford with the aim of uniting the diverse range of residents in that area.

The event has attracted participants and media, but, as one Long Island Wins staffer in attendance told me back in 2009, the tournament didn’t actually address the tensions between native-born and immigrant residents, or make tangible changes that will impact the daily lives of people in the community.

Here’s information from Eddington’s office about how to sign up a team if you’re interested in playing:

From the Office of Suffolk County Legislator Jack Eddington

Patchogue, LI—If you love to play soccer, this event is for you. A fun-filled day of soccer matches played on full-regulation fields all in the effort to pull our diverse communities together and bridge the divide with some friendly competition. The Play for Peace Soccer Games will take place on Saturday, July 30 in Medford.

Leg. Eddington’s office is signing up teams right now. The goal is to fill out 16 men’s teams and 8 women’s teams. The deadline for registration is Friday, July 1. For more information, contact Rob Calarco at Leg. Eddington’s Office: 631-854-1400 or Robert.Calarco@SuffolkCountyny.gov.