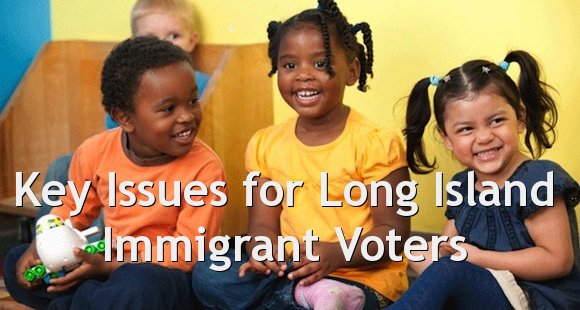 I came to Long Island 25 years ago from El Salvador because I wanted a better environment and a better education for my two daughters. I moved to Westbury and got involved with the community and the school, especially the school, because education for my kids is my most important priority. Elected officials know that parents like me care – that is the reason education becomes an election issue every year.  They just don’t think that I pay attention to what they do in-between elections.

This year I did pay attention, as Republicans in the State Senate held education funding hostage in a dangerous political game with the Governor and Senate Democrats. Funding our schools should not be a game. My ten year-old is starting middle school next year, and I am already worried that her school won’t have enough resources. That money can be put directly into our children’s future by adding after-school programs and improving facilities. Every dollar spent on schools is felt in the community by making our children more prepared for the future. Politicians who argue for less education money are, in effect, arguing against our kids and their potential to achieve their dreams.

As a mother, I am appalled that my children became pawns in a cynical political game. No wonder that the New York State legislature is often held up as a national model of incompetence and partisan gridlock. When even school funding is held hostage, it is time to re-evaluate our leaders.

Every election year, politicians come back from Albany and try to convince us to elect them again. Every year, many of them distort their records to show their best side, to show they care about our children, while doing nothing for them. On November 4th, my community will be going out and voting, and we must vote for those who reflect our values. Let’s let everyone know that fully funding our public schools is a priority that no one can ignore.

Dionisia Canales is a member of Make the Road Action Fund. The views expressed here are not necessarily those of Long Island Wins.