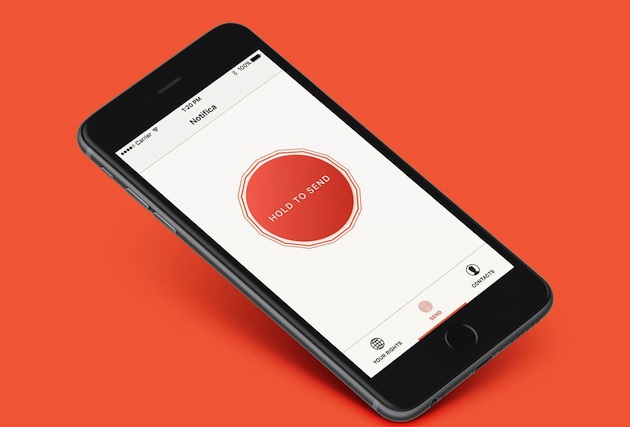 For many, Immigration and Customs Enforcement (ICE)’s increased presence and raids has caused fear and worry about the future of their family. Immigrant advocates and lawyers urge undocumented people to form a plan in case ICE agents come to their homes, their place of work, or if they are approached on the street. A new app, Notifica, is helping streamline these plans and preparing undocumented families to reach out to their emergency contacts.

Created in collaboration with United We Dream and digital agency Huge, Notifica lets undocumented people load in messages to family, friends, immigration lawyers, local advocacy groups and whomever else they want to inform ahead of time. If the user is approached or believes they will be detained by ICE, they can press a Panic Button in the app and the messages will all be sent. Once the messages go out, the app’s data is deleted, so that there is no evidence left of the messages or numbers contacted.

The app was first developed in early January 2017 when Adrian Reyna of United We Dream spoke to Huge software engineer Natalia Margolis about a virtual aid for undocumented immigrants. Besides the Panic Button feature, the app also features helpful advice that can teach users their rights as well as how to respond when approached by ICE.

Notifica is not designed to replace an emergency plan, but rather help undocumented families keep in touch and make sure that necessary steps can be taken quickly, like getting legal representation.

“Notifica is just another way we are taking a proactive step to build community protection if we find ourselves in deportation proceedings,” Reyna told Mashable. “Pressing a button won’t end the deportation, but it will give many families like mine an added layer of security by communicating to them that we are moving into whatever emergency plan we have created.”