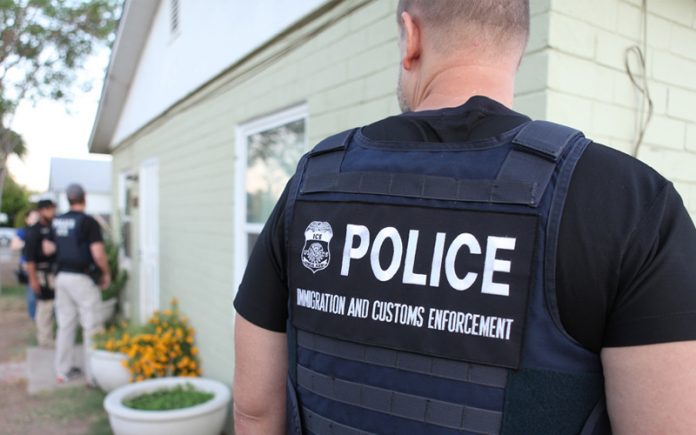 Last week’s ICE raids that detained approximately 680 immigrants, including one Greenport resident, should not have surprised anyone. President Trump promised massive deportations in his campaign and last week he delivered the appearance of keeping that promise. Of course, at the rate of 680 arrests per week, or 35,360 per year, it will take 85 years to deport the 3 million people Trump recently said was his target number of deportations.

To deport much higher numbers, Trump will need a vastly expanded number of ICE agents. His promise to triple the size of ICE was the reason that the ICE union endorsed his run for the presidency. Congress has to approve billions of dollars in additional funding to accomplish that expansion. With Trump proposing a $25 billion Border Wall, a trillion dollar infrastructure upgrade, and a huge expansion of the military, Congress will be hard-pressed to find much money for ICE. In any event, funds would not find their way to the agency until October 2017 at the earliest. The process of hiring and training new agents would take at least six months and the new “Deportation Force” would not be on the streets until March of 2018, if ever.

This does not mean that we have nothing to worry about in the interim. The same day that Trump issued his executive order to build the Border Wall, he also issued an executive order that covered ICE raids. This less well-known order completely altered President Obama’s  priorities for whom ICE should arrest. Under Obama’s orders, the priorities for deportation were recently-arrived undocumented immigrants, those with outstanding deportation orders, and those with criminal convictions. Under the Trump executive order, virtually all undocumented immigrants were added to the list, including those without criminal records. This means that when ICE goes to arrest someone who might have a criminal record or a deportation order, they will now question others in the same household about their immigration status and arrest them if they believe that they are undocumented.

One characteristic of the raids last week was the highly public nature of them. The raids occurred at times when people in the affected communities could see them and the media were often present after being tipped off by ICE. The Department of Homeland Security issued press releases about the arrests and Trump even tweeted about them. These raids were essentially press events for the new president.

These raids were President Trump’s attempt to look tough on immigrants at the same time that his new administration is going through crisis after crisis in its first three weeks. The victims of Trump’s press strategy are immigrants, their families and communities. He is playing the classic role of the bully, covering up his shortcomings by pushing around those less powerful who seemingly can’t strike back.

Over the next several months we will see more of these press event ICE raids. Look for upticks in raids whenever the administration is in political trouble. The raids will initially be similar to those we saw last week, targeted ostensibly at “criminal aliens,” but picking up other immigrants who happen to be nearby. Bystander arrests will increase.

We may see some workplace raids in the future, but these will take time to develop. ICE can’t simply go into a workplace arresting people — the raids can only come after months of investigation. ICE may have a small number of such investigations already underway and the new administration may pull the trigger on them in order to show that workplace raids will be one weapon in the anti-immigrant strategy.

We must stand up against these raids. Although ICE will claim that they are directed against dangerous immigrants, the truth is that they will arrest whoever ICE encounters. Most of the raids will take place at people’s homes, so staying home when raids are reported is not a viable strategy. The raids will not take place at churches, hospitals, and schools, so immigrants should try to go about their lives as best they can.