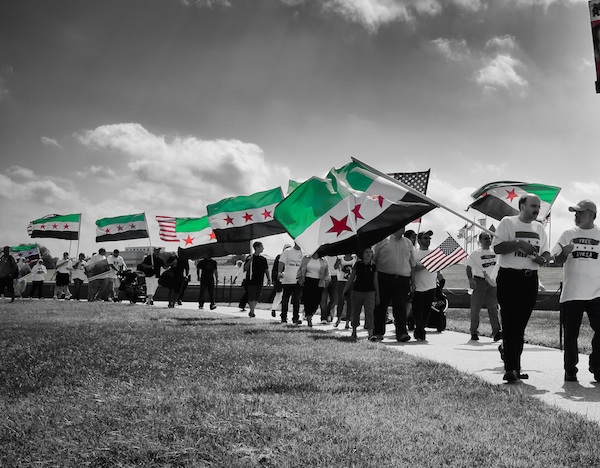 There is a national debate on whether or not refugees from Syria should be allowed to seek asylum in the United States. President-elect Trump vowed on the campaign trail that he would halt the entrance of these refugees, and all Muslims, into the United States, arguing that it would protect the country from radical Islamic terrorist groups. It turns out that the Syrian immigrants already living in the United States are thriving as members of their communities.

The Center for American Progress and the Fiscal Policy Institute recently released an analysis of the 90,000 Syrian immigrants currently living in the United States that argues that the group are one of the most successful in the county. Using the 2014 American Community Survey 5-year data, the report found that, “Syrian immigrants are fitting into and excelling in the United States, both socially and economically, in a wide variety of aspects: learning English; getting good jobs; owning homes; becoming citizens; and starting businesses at impressive rates.”

According to the report, 57 percent of Syrian immigrants speak English, higher than the overall immigrant rate of 52 percent, and that 38 percent have a degree from a four-year college or more, higher than average for both immigrants and native born populations in the United States. 11% of Syrian immigrants own businesses, which make on average $72,000 a year, resulting in the increased growth of local economies. The analysis concludes as follows: “The 90,000 Syrian immigrants who have made their home in the United States are, on the whole, doing quite well here. That’s good for them and good for the communities that they live in, and it helps provide a well-established receiving community for future refugees from Syria.”