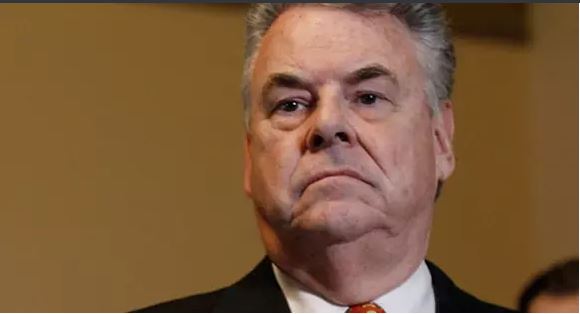 Poll after poll around the country show that Americans support comprehensive immigration reform which includes a path to citizenship. A poll conducted earlier this year here on Long Island mirrored the sentiment nationwide.

According to the survey, conducted by America’s Voice and Magellan Strategies (a Republican-leaning polling firm), 82% of likely voters in the district support “legislation that would significantly increase border security” while allowing immigrants to register for legal status and apply for citizenship. 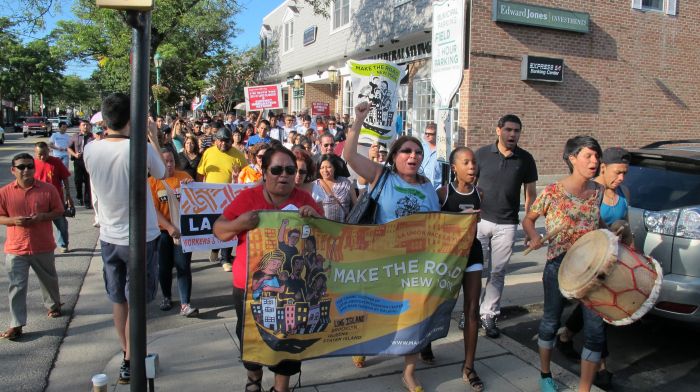 Rally in Massapequa Park in August outside Peter King’s office.“It is not a surprise that in poll after poll the results remain the same,” said Lucia Gomez, the Executive Director of La Fuente. ‘The public by an overwhelming majority support comprehensive immigration reform with a clear pathway to citizenship. We applaud Congressman Peter King for listening to his constituents and supporting reform, and we encourage him to sign on to H.R. 15.”

“I am part of the more than 80 percent of Congressman King’s district that support immigration reform,” Julia Chávez, member of Make the Road New York and Islandia resident. “Thousands of mixed-status families like mine on Long Island urgently need immigration reform to live with dignity and respect. I am a voter and will be paying attention to whether my representatives respond to my family’s needs.”

“We thank Rep. Peter King for his support of comprehensive immigration reform that includes a pathway to citizenship for 11 million aspiring Americans living in the shadows,” Maryann Sinclair Slutsky, Executive Director of Long Island Wins. “These poll results are clear, Long Islanders want action on this issue. We will continue to urge Rep. King to be the voice of reason on this issue and to join the growing contingent in the House in support of H.R. 15.”