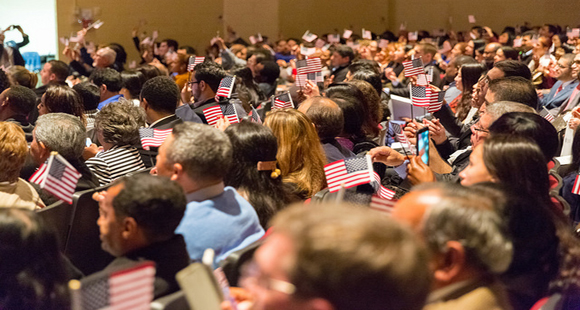 A new initiative in New York State, NaturalizeNY, will help immigrants with moderate incomes to apply for citizenship at no cost through a lottery process. Vouchers will be given to lottery winners to cover the cost of the application fee, which currently $680.

To qualify, immigrants who are Legal Permanent Residents must register for the lottery starting Wednesday, July 1 3, by visiting www.naturalizeny.org. Those who don’t have a computer can call the NYS Office of New Americans (ONA) at 1-800-566-7636. The deadline to enter the lottery is September 23rd and the winners will be notified the first week of October. 2,000 individuals will be selected as the winners and will receive assistance in completing the naturalization application.

“We see this as a very positive initiative for the State’s immigrant community,” said Jose Davila, Vice President for Policy & Government Relations for the Hispanic Federation. “Becoming a citizen is expensive for families trying to pay rent, pay for college tuition, healthcare, and other expenses.”

In New York State, there are 158,187 legal permanent residents who would be eligible to apply for the lottery, according to ONA. 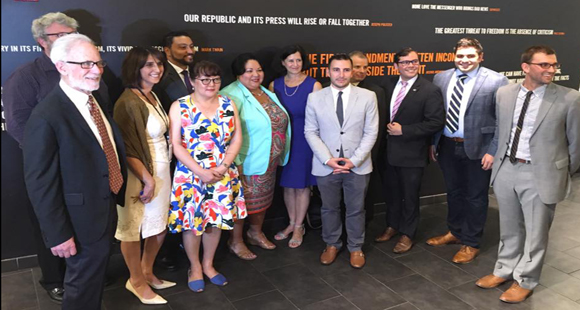 THE PROGRAM WAS LAUNCHED AT THE CUNY GRADUATE SCHOOL OF JOURNALIM IN MANHATTAN.

The new initiative is possible thanks to funding of $1.25 million provided by the State, the Robin Hood Foundation and the New York Community Trust. This new program also provides the winners with assistance during the application process, such as English classes and legal services, also at no cost.

“The initiative is to help immigrants throughout the State become U.S citizens. There are many immigrants who don’t know that because of their income the application fee can be waived. Becoming a U.S. citizen is expensive,” said Jorge Montalvo, Deputy Secretary of State for Economic Opportunity in the NYS Department of State.

Currently, immigrants with an income below the 150% of the federal poverty guideline (less than $17,820 per year for an individual or less than $30,240 for a family of three) can receive a waiver from the Federal government to cover the cost of the citizenship application fee. According to ONA, 464,372 immigrants qualify for a federal free waiver.
According to Montalvo, those who don’t win the lottery now will automatically be entered into a second lottery, which is planned for next spring.

“This is going to be a very transformative program and we are going to study the results so then in the future hopefully that will tell policy makers that we should change our policies and make it even easier to become a U.S. citizen,” Montalvo said.