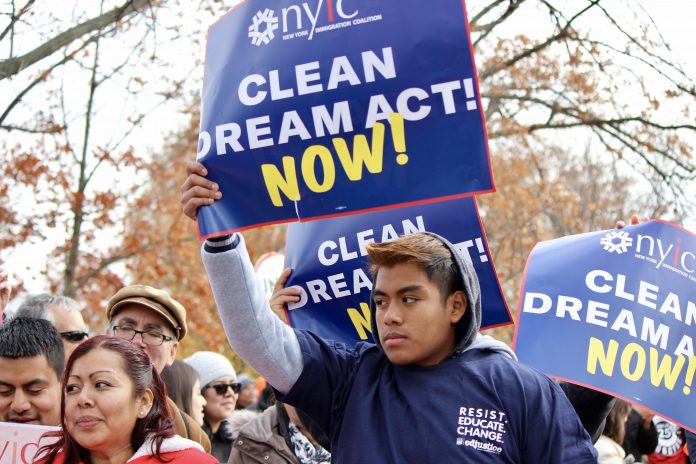 Bob Woodward’s new book Fear delves into the decision making within the Trump administration on immigration policy. The Pulitzer Prize-winning journalist describes the collapse of efforts within the White House early in Trump’s term to craft a compromise on DACA. Trump, at the time, was expressing concern for young people protected by DACA and reassuring them publicly not to worry about their future legal status.

John Kelly, at the time the head of Homeland Security, was, according to Woodward, “furious when he learned that the White House was working on a compromise on immigration for ‘Dreamers.’” Kelly, an immigration hard-liner, had heard that some of Trump’s family members were supporting an effort by Lindsey Graham and Dick Durbin to achieve a legislative compromise.

Woodward says that a very angry Kelly called Trump’s top aide Steve Bannon and told him “I’m not doing this anymore. I’m not going to be up there and be blindsided and humiliated on something that I’ve got to be in the loop on.” Bannon complained that Trump was not hard-hearted enough when it came to the DREAMers. Woodward quotes Bannon saying Trump’s “always been soft on DACA. He believes the left-wing thing. They’re all valedictorians. They’re all Rhodes Scholars. Because Ivanka over the years has told him that.” Bannon tried to pressure the White House to break off negotiations on DACA by telling aides that Kelly was likely to quit if mercy was shown to DREAMers.

Woodward describes a meeting between Lindsey Graham and Bannon that underscores the broad opposition of the Kelly-Bannon anti-immigrant axis. Woodward writes:

Lindsey Graham wandered into Bannon’s West Wing office. “Hey, here’s the deal. You want your wall?” Trump would get wall funding in exchange for the Dreamers. “Stop,” Bannon said. A deal on the Dreamers was amnesty. “We will never give amnesty for one person. I don’t care if you build 10 fucking walls. The wall ain’t good enough. It’s got to be chain migration.”

Bannon was calling for the end of family-based immigration (which he disparaged as “chain migration”), the system that allowed Melania Trump to bring her parents to the United States.

Bannon contacted Kris Kobach, the firebrand anti-immigrant Kansas Secretary of State. He and Kobach concocted a plan for Republican-controlled states to file a lawsuit against DACA that Jeff Sessions’s Justice Department would not defend against. In this way, Kelly, Bannon, and Sessions put 800,000 young immigrants on the path to becoming undocumented.