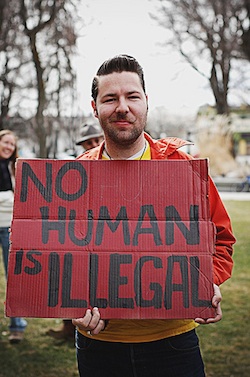 A bill passed in Utah last week marks the first effort by a state to legalize undocumented immigrants.

The bill, which was pushed by agricultural interests in the state and the Mormon Church, would offer temporary permission to live and work in Utah for undocumented immigrants who can prove that they live in the state, pay a $2,500 fine, and pass a background check.

While many immigration advocates support the measure, some worry that it holds out false hopes.

Since legalization of immigration status can only come through an agreement with the federal government, doubters wonder whether or not a Republican House of Representatives would approve such a measure. While Republicans frequently portray themselves as favoring state-sanctioned immigration laws, such as Arizona’s SB 1070, their doctrinal consistency on this matter will be tested.