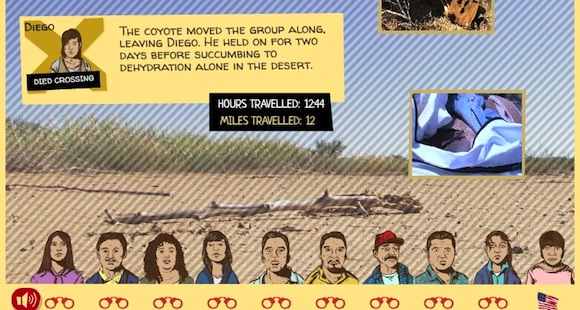 An online video game released earlier this year aims to provide a more human perspective on the issue of undocumented immigration. It’s called The Migrant Trail, a play off The Oregon Trail, a 1970s video game designed to teach school children about the realities of 19th century pioneer life.

Developed as part of the media campaign for Marco William’s documentary The Undocumented, The Migrant Trail requires players to prepare for the journey by purchasing supplies with an eye for balancing cost, weight, and nutritional value. But the tactical element isn’t nearly as harrowing as the emotional one. Each character has a different reason for crossing the border. It’s not always about money and jobs—their stories are about separation from loved ones, a feeling of displacement, a yearning for something more.

There are difficult choices to make, such as leaving behind injured members of the party, sharing scant rations, or choosing longer paths over more dangerous ones. You must be wary of border patrol agents. Death is a constant element.

While no video game can ever compare to the brutal reality of crossing the Arizona desert, The Migrant Trail succeeds in evoking empathy for those who choose to make the desperate and dangerous trek.

Take the interactive journey. Will you lead the party to their destination? How many in your party will survive? Or will you get captured and deported? 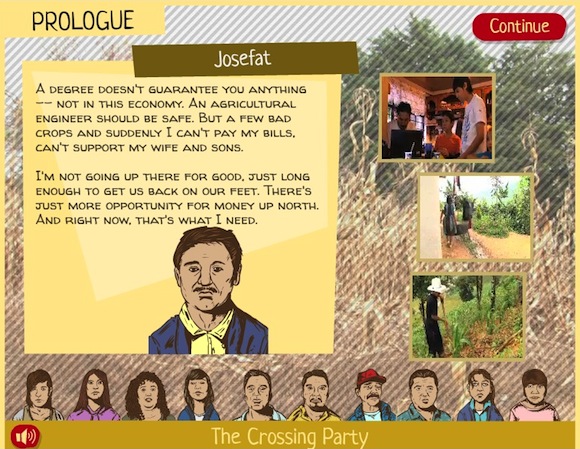