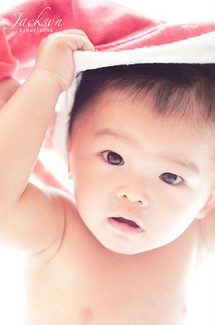 A bill that would deprive the children of undocumented immigrants citizenship in the United States was introduced in the Arizona House of Representatives last week.

The legislation is part of a Tea Party effort in a half-dozen states to target so-called “anchor babies.” While the bill has little chance of passing constitutional muster, it will likely drive up support for tea party politicians as well as serving as a litmus test for more traditional Republican elected officials. GOP politicians who don’t support it will likely be face primary challenges by representatives of the far right.

As I wrote a few weeks ago, the real purpose of legislation like Arizona’s SB 1070 and the birthright citizenship bill is not to enact meaningful law, but to propel candidates into office. And it has worked, at least in a few states.

But let us consider, for just a moment, what purposes would be served if birthright citizenship ended. If the aim is to reduce illegal immigration, the anti-“anchor baby” bill would have no positive impact whatsoever.

Contrary to the Fox News image of pregnant Mexican women sprinting through the desert to have their babies in the US, most undocumented immigrants come here for jobs. They typically arrive young and ready to work. The relationships that lead to children being born don’t usually form until after the immigrants live here for a number of years.

Since giving birth in the United States is far down on the list of reasons the undocumented come here, ending birthright citizenship will not reduce illegal immigration.

In fact, the end of birthright citizenship will increase the number of undocumented immigrants living in this country because, in that scenario, the US-born children of the undocumented would themselves be here illegally, as would their children, and their children’s children.

If the anti-immigrant crowd gets its way, undocumented immigration status will be a true mark of Cain that will pass down through the generations, isolating a segment of the population from contributing to our communities.

Over the next several weeks, I’ll be looking at the attack on birthright citizenship, the crazy legislation it is generating, and who is behind it.