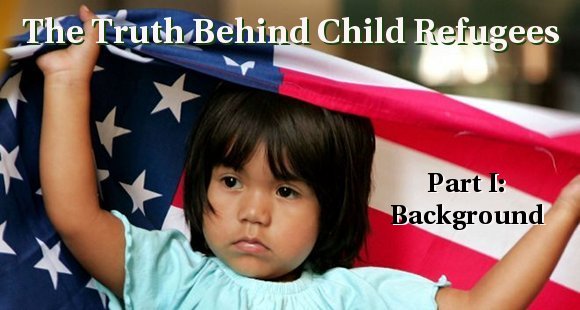 This is Part I of Long Island Wins’ new series to help provide Long Islanders with accurate information on this humanitarian crisis.

To kick off our series helping Long Islanders understand more about the Central American children seeking refuge in the U.S., it is important to examine the root causes of the situation.

As many know by now, the majority of children are coming from Honduras, El Salvador, and Guatemala. The situation is not new—it has been happening since 2009, and the number of children arriving has risen steadily each year until now.

There are three core drivers of this humanitarian crisis:

Some news outlets mistakenly reported that the children are lured by propaganda and false promises. In reality, such things are secondary motivations at best. Experts have interviewed hundreds of children and found that the majority describe the fear of being killed as giving them no option but to run.

The U.S. is not the only destination for these children. Unprecedented numbers of refugees have fled to neighboring Panama, Mexico, Nicaragua, Costa Rica, and Belize.

When the situation began in 2009, the children were mostly boys over the age of 12. Today almost half of the children are girls, and many are elementary school-aged kids—some as young as four years old.

The decision to come to the U.S. is not made lightly. They travel by a combination of foot, train, and bus. The trek itself is dangerous. Many times they have to contend with the same gangs and threats that drove them to flee.

Overall, the crisis is a sobering reminder that what happens in one corner of the world affects us all.

Future articles in this series will discuss legal options available to the children, actions Long Islanders can take, and solutions to resolve the root cause of the crisis.